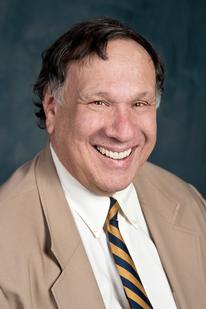 Fred Friedman has been an attorney since 1972, a public defender in Minnesota since February 1, 1973, and a professor since 1975.  He was born and raised in Chicago and Fort Wayne, Indiana. Fred moved to Duluth, Minnesota in March of 1964 and graduated from Duluth Denfeld High School in 1965. He attended the University of Minnesota Duluth from 1965 to 1969 where he graduated magna cum laude and was student body president. He earned his Juris Doctorate at the University of Minnesota Law School where he graduated in 1972. He then returned to Duluth where he practiced as a full time public defender from 1973 to 1977 and as a part time defender with a private practice specializing in criminal defense and representing professionals in front of licensing boards from 1977 to 1992.

Fred is the chair of the National Association of Public Defenders (NAPD) strike force committee that upon request advises and assists public defenders who view themselves or their organization in political or legal crisis.

In addition to being an attorney and career public defender, Fred is an associate professor at the University of Minnesota Duluth where he has taught since 1975. He holds a joint appointment in the Department of Anthropology, Sociology & Criminology and the School of Medicine. He has been a member of the faculty of the Minnesota Judicial College, and currently the National Public Defender Trial School at the University of Dayton, the University of North Carolina School of Government Trial School, the Penn State School of Law Trial School and for may years taught at the Minnesota Public Defender Trial School at St. Thomas University. He has often been selected as one of Minnesota’s Super Lawyers. He has enjoyed an “av” lawyer rating for over 35 years. He has won several outstanding teacher awards and was elected to his alma mater’s  (Duluth Denfeld High School) Hall of Fame.

His legal awards include being selected as recipient of the 1995 Jack J. Litman Social Justice Award. In 1996 he received the Minnesota Public Attorney of the year. Award. In 2013 he was presented with the prestigious Minnesota Association of Criminal Defense Lawyers (MACDL) Lifetime Achievement Award.  In 2014 he was awarded the prestigious Chief Justice Douglass Amdahl Public Attorney Career Achievement Award and the Duluth Bethel Lifetime Achievement award for Community service. He was also selected in 2014 as one of Minnesota Lawyer’s Attorneys of the Year and received their 2014 Outstanding Service to the Profession Award. In 2015 he received the Jack Durfee Distinguished Service Career Public Defender Award. Fred also co-hosts a radio show on Public Radio throughout Northern Minnesota alternately entitled “Fool Fred” or “The Sports Page”.

Fred currently serves on the Boards of the Boys and Girls Club Scholarship Committee, the UMD Baeumler-Kaplan Committee, the Duluth Life House, the Duluth Police Foundation, CHUM, Northeaster Minnesota Legal Aid, and Woodland Hills. He also serves as a court referee hearing conciliation court cases from 1984-87 and 2015 to the present.