The Alworth Institute occasionally hosts or co-sponsors events and programs that do not fit into its other categories of programs.

Friday, September 11 through Sunday, November 22 – Supported Event - Virtual Spanish Film Festival – go to https://calendar.d.umn.edu/event/1405-virtual-spanish-film-festival for more information on the films and dates - Details and information regarding streaming access can be obtained by providing an RSVP at https://forms.gle/RcszqWwusFAFPC3T7

Wednesday, December 2 – 12:00 p.m. to 2:00 p.m. (there will be a brief break)  - Special Event - Literature, Rhetoric, and Culture:  Lessons from Iceland, Manitoba, and Minnesota – Register at https://z.umn.edu/IcelandF20 In a series of presentations, scholars from Iceland and Canada will discuss literature, sagas and artistic expressions that connect these areas and Minnesota, even in popular culture, in terms of shared values with roots in the medieval and Viking ages. Specific topics include: 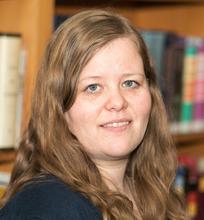 "Attracting Readers for Eight Centuries: The Icelandic Sagas" - Medieval Icelandic literature is sometimes referred to as Iceland’s greatest treasure. Nothing else to speak of is, in fact, preserved from the Middle Ages in Iceland, no buildings survive from the period and hardly any art or artifacts. Due to this status it is not surprising that people might ask if this literature is simply something a few eccentrics can read, and others admire from afar, but that is not the case and they are still relevant to modern readers. This session, presented by Þórdís Edda Jóhannesdóttir, External Lecturer at the University of Iceland and Editor for the Old Icelandic Text Society, will provide a brief introduction to medieval Icelandic literature, specifically sagas, and show how their focus on relationships, communication, and emotions can explain why readers af all generations have been drawn to them ever since they were first written down. Jóhannesdóttir's primary research areas are Medieval Icelandic prose narratives, textual culture and philology. Her publications include The Saga of the Jómsvíkings: A Translation With Full Introduction (co-edited with Alison Finlay).

"The Afterlife of Eddas and Sagas in Popular Culture" - Over the past century and a half, adaptations of the eddas and saga have appeared in a variety of formats and platforms: from radio, cinema and television, to LPs, CDs, and DVDs, to travel books, comics, and digital media. Leading entertainment companies in Europe, North America and South-East Asia have engaged with this exotic old northern literature, distributing their multi-media products to the four corners of the world. Participators in this tradition include cartoonists Joe Simon and Jack Kirby, playwright Henrik Ibsen, composers Richard Wagner and Edward Elgar, rock musicians Jimmy Page and Robert Plant and film director Richard Fleischer. In his lecture, Helgason will trace how disparate, age-old poems and prose from medieval rural Iceland have become a part of our shared cultural experience. Jón Karl Helgason, Professor at the Department of Icelandic and Comparative Cultural Studies at the University of Iceland, will present this session. His primary research areas are the reception of the Icelandic sagas, Icelandic 20th-century cultural history, cultural saints of Europe and metafiction. His books include The Rewriting of Njáls Saga (1999) and Echoes of Valhalla (2017). 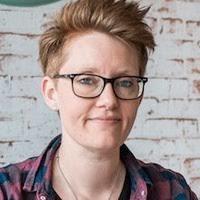 "Hitting the Road: Icelandic Fiction in the 21st Century" - Icelandic literature has probably never been as wide-spread and well-known internationally as in the past decade. The 21st century has seen the rise of 'Nordic Noir' and Icelandic crime fiction is available in airports all over the Western world. Writers like Jón Kalman Stefánsson and Auður Ava Ólafsdóttir win prizes in France, and in just three years more than 50 titles have been published in German translation. In this talk, Ásta Kristín Benediktsdóttirefly, post-doctoral researcher at the University of Iceland and co-editor of the journal Skírnirwill, will introduce Icelandic 21st century literature and seek to answer questions like: What characterizes it? How has it responded to events and developments such as volcanic eruptions, bank crisis, climate change and the #metoo movement? Why should anyone outside Iceland want to read it? Benediktsdóttirefly's current research focuses on contemporary Icelandic literature, queer literature and queer history. She is one of the authors of a new book on Icelandic literary history to be published in 2022.

"Vikings in Gimli" - The Viking Statue and the Viking Park are situated prominently in Gimli, Manitoba. These monuments demonstrate one method by which Manitoba’s settler communities use the past to shape self-understanding in the present: in this case, the construction of a Viking identity based on settler heritage. Both statue and park reinforce the community’s and Canada’s claim to the lands of the Interlake. Reality is distorted by this process, however: though Iceland was uninhabited when colonized in the 9th and 10th centuries, during the Viking Age, the Canadian prairies were inhabited by Indigenous peoples prior to settlement. The monuments, intended to celebrate community and heritage, also reveal the complicated history of colonization in Manitoba. Andrew McGillivray, who will lead this session, is an Assistant Professor of Rhetoric, Writing, and Communications at the University of Winnipeg. His primary research areas are medieval Icelandic studies and the reception of medieval narrative in the modern world. His first book is Influences of Pre-Christian Mythology and Christianity on Old Norse Poetry (2018). 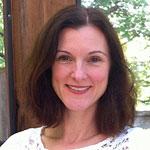 "Taming Settler Colonialism: The Statue of Lieutenant Harry Colebourn and Winnie-the-Bear" - Tracy Whalen, Associate Professor in the Department of Rhetoric, Writing, and Communications at the University of Winnipeg, discusses a statue of Winnie-the-Bear, which stands in a Winnipeg park and in the London zoo, and operates within the framework of family to ‘tame’ the anxieties around settler colonialism. The ostensibly benign motives for taming that the statue condones align with and consolidate those offered in dominant discourses around bear capture, taming, and captivity in Canadian spaces of human/bear encounter. On a larger scale, the statue of a beloved bear opens up questions of taming and subservience in the authority structures that undergird the creation and maintenance of the Canadian nation state where docile, disempowered bodies have constituted and continue to constitute the desirable colonised subject in a settler-colonial society. Whelan is the editor for the Canadian journal Rhetor and co-editor of the book Finding McLuhan: The Mind/The Man/The Message (2015). Her current research focuses on public memory, aviation disaster, and the complex relationship between Newfoundland and the United States. 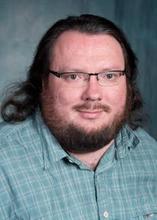 This special event is organized by David Beard, Professor of Rhetoric, Scientific and Technical Communication in the UMD Department of English, Linguistics, and Writing Studies. Funding is provided by The Carol Pazandak Iceland-Minnesota Travel Fund of the Global Programs and Strategies Alliance, and sponsored by the UMD Program in Writing Studies and the Royal D. Alworth, Jr. Institute for International Studies.