In addition to the Royal D. Alworth, Jr. Memorial Lecture, forums and conferences, the Institute provides a series of international lectures by local, national and international authorities on subjects of timely interest. The Alworth Institute draws not only upon the rich store of local academics with expertise in a variety of areas, but also visiting international faculty.

Wednesday, December 2 - 6:30 p.m. - The Global Pandemic, Refugees and Others Displaced by Conflict and Persecution: Protecting the Rights and Well-Being of the World’s Most Vulnerable Populations - Presented by Eric Schwartz, President of Refugees International --Schwartz, will discuss how the pandemic is affecting the nearly 80 million displaced people around the world. He will also offer suggestions on how policymakers, humanitarians, donor governments, and multilateral organizations must respond to ensure that these people are not left behind.He argues that the world must respond effectively and morally to this humanitarian crisis. Register for this Zoom webinar at z.umn.edu/SchwartzF20. 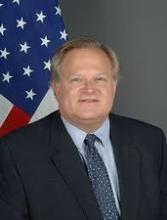 Eric Shwartz became President of Refugees International in June 2017. He has had a three-decade career focused on humanitarian and human rights issues. Between 2009 and 2011, he served as U.S. Assistant Secretary of State for Population, Refugees, and Migration. As Assistant Secretary, he was credited with strengthening the State Department’s humanitarian advocacy around the world, initiating and implementing critical enhancements to the U.S. refugee resettlement program and raising the profile of global migration issues in U.S. foreign policy. He was the senior human rights and humanitarian official at the National Security Council during the Clinton administration, managing humanitarian responses to crises in Asia, Africa, the Middle East, and Europe. He also served as the UN Deputy Special Envoy for Tsunami Recovery after the 2004 Asian Tsunami; as Washington Director of Asia Watch (now the Asia Division of Human Rights Watch); and Staff Consultant to the House of Representatives Foreign Affairs Subcommittee on Asian and Pacific Affairs, among other positions in the U.S. government, at the UN and in the non-profit sector. Just prior to arriving at Refugees International, Eric served a six-year term as Dean of the Hubert H. Humphrey School of Public Affairs at the University of Minnesota. During much of that period, he also served on the U.S. Commission on International Religious Freedom and, ultimately, as the Commission’s vice chair. He holds a law degree from New York University School of Law, a Master of Public Affairs degree from the Princeton School of Public and International Affairs, and a Bachelor of Arts degree with honors from the State University of New York at Binghamton. (Source: Refugees International)

Tuesday, November 17 - 7:00 p.m. - How Artificial Intelligence, Big Data and Surveillance is Changing the World - Presented by Thomas Hanson, Retired Foreign Service Officer for the US State Department and the Alworth Institute Diplomat in Residence - Hanson will discuss the evolution of Artificial Intelligence (AI) and big data. He examines the implications for governance including surveillance in both autocratic and decentralized systems. What are the implications of AI for democracy, diplomacy, trade and international influence? What is the state of international competition for AI and other emerging technologies? Register for this Zoom webinar at z.umn.edu/HansonAIF20.

Thomas Hanson's foreign postings when with the US State Department included East Germany, France, Norway, the Soviet Union, Sweden, and Georgia. He also assisted in opening new embassies in Mongolia and Estonia. Hanson has also worked on the Foreign Relations Committees of the U.S. Senate and House of Representatives. He was Director for NATO and European Affairs at the Atlantic Council of the United States in Washington, D.C. He serves on the St. Paul-Minneapolis Committee on Foreign Relations and as a lecturer/consultant for the Minnesota International Center. He is an occasional foreign affairs commentator on Minnesota Public Radio, and serves on the boards of the Minneapolis chapter of the Oslo Center for Peace, and the International Leadership program at St. Thomas University. Hanson graduated from the University of Minnesota with a B.A. in International Relations. He holds graduate degrees from the Fletcher School of Law and Diplomacy at Tufts University; the Geneva Institute of Advanced International Studies in Switzerland; and the National School of Administration (ENA) in Paris, France.

For readings suggested by the panelists during the following event click here to return to this websites first page. You can find a recording of this discussiion on the Alworth Institute's YouTube Channel.

Wednesday, October 14 - 7:00 p.m. - Panel Discussion - Covid-19 around the World: A Comparative Look at how Countries have Confronted the Pandemic - This panel discussion offers an analysis of the different approaches that various governments across the world have adopted and currently use to deal with the public health, economic and political challenges of the infectious coronavirus. The panelists examine the features of a good response to the pandemic as well as any shared characteristics of countries/governments that responded well to COVID-19. What has been the role of the World Health Organization (WHO) and are the criticisms of it justified? Early concerns about the capacity of the heathcare infrastructure of the Global South have not been supported. What lessons could the US learn from these countries to address its own outbreak? Public health is fairly decentralized in the United States. Does that work against our efforts to effectively combat a pandemic like this?

The moderator of the discussion is Jeremy Youde, PhD, Dean of the College of Liberal Arts at the University of Minnesota Duluth. Information about Dean Youde can be found here.

Matthew Kavanagh, PhD works at the intersection of global health, politics, and law at Georgetown University. A political scientist by training, with a long history of work in global health policy and politics, his research and writing focuses on the political economy of health policy in low- and middle-income countries and the political impact of human and constitutional rights on population health. He is Assistant Professor of Global Health, Visiting Professor of Law, and directs the Global Health Policy & Politics Initiative at the O’Neill Institute for National and Global Health Law. He has done research and policy work in in South Africa, Malawi, Haiti, Lesotho, India, and Thailand and was a visiting researcher at the South African Institute for Advanced Constitutional, Public, Human Rights, and International Law in Johannesburg. 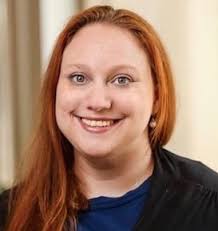 Mara Pillinger, PhD is an Associate at the O’Neill Institute for National and Global Health Law, working on Global Health Policy & Politics Initiative. She completed a Ph.D. in Political Science (International Relations) from George Washington University. She also holds an MPH from the Rollins School of Public Health, Emory University; an MSc in Global Governance & Diplomacy (with Distinction) from Oxford University, where she was a Clarendon Scholar; and a BA from the University of Pennsylvania. Her past research focuses on the political, organizational, and power dynamics at work behind the scenes of the World Health Organization and major multisectoral global health partnerships.

Alexandra Phelan, PhD is a member of the Center for Global Health Science and Security and an Assistant Professor in the Department of Microbiology and Immunology at Georgetown University. She also holds an appointment as Adjunct Professor of Law at Georgetown University Law Center. She works on legal and policy issues related to infectious diseases, with a particular focus on emerging and reemerging infectious disease outbreaks and international law. She has worked as a consultant for the World Health Organization, the World Bank, and Gavi: the vaccine alliance, and has advised on matters including international law and pathogen sharing, human rights law and Zika, intellectual property law, and contract law.