All events are free and open to the public

The Spring 2021 events are listed below. 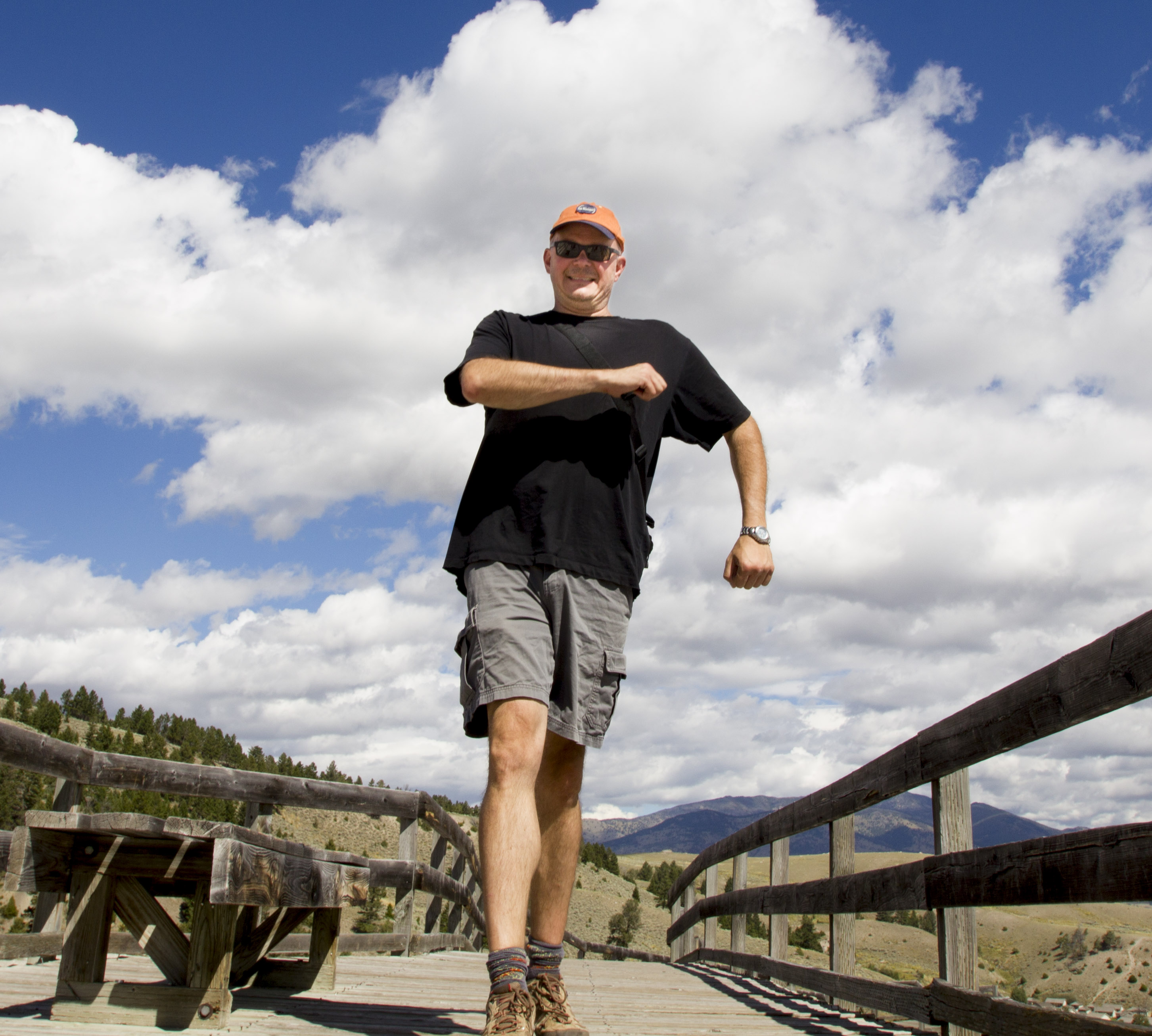 Brian Barber is an illustrator, designer, animator and videographer in Duluth, MN. He earned a BFA from the University of Nebraska-Lincoln where he studied equal parts illustration, design and photography. He worked for many years in publication design, as the art director and designer for magazines and newspapers in Minneapolis. He moved to Duluth to take a job as an ad agency art director, working at 2 different agencies over a 10-year period. At the agencies, he worked with print media and some interactive, but moved toward broadcast, video and animation. He has run his own studio for about a dozen years doing a wide range of projects that include children's books, corporate videos, instructional videos, TV ads and music videos. His work has been shown at the Duluth Art Institute, the Walker Art Center, and many many coffee shops, pizza joints and odd pop-up galleries. When not doing art things, he plays the drums poorly, plays the guitar even more poorly, and walks around his 110-year old Duluth home looking at all the things that need fixing. 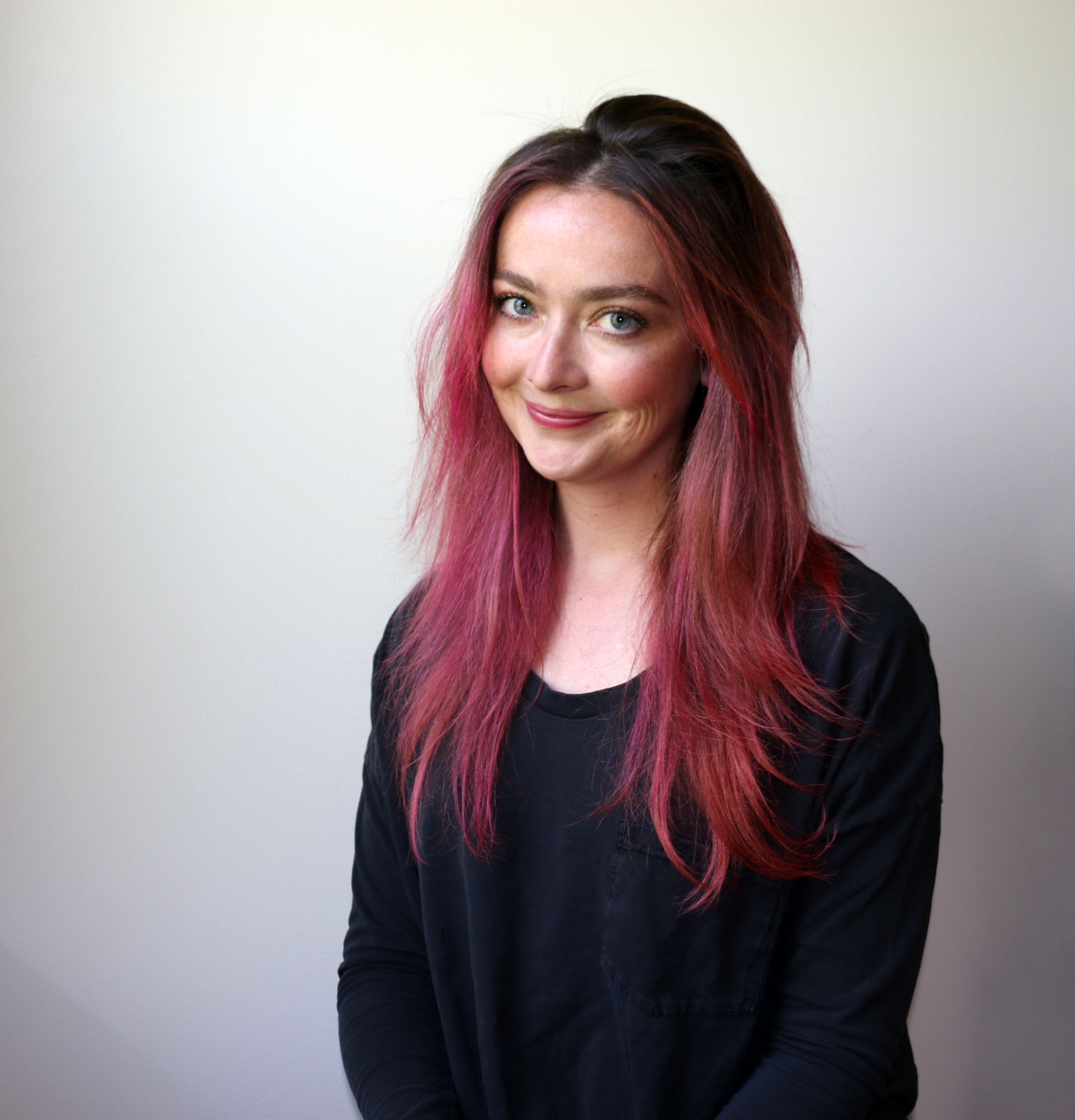 Sophia Brueckner is a futurist artist/designer/engineer. Inseparable from computers since the age of two, she believes she is a cyborg. As a software engineer at Google, she designed and built products used by tens of millions. She received her MFA from the Rhode Island School of Design and MS from the MIT Media Lab where she investigated the simultaneously empowering and controlling aspects of technology with a focus on tangible and social interfaces. At the University of Michigan, she teaches Sci-Fi Prototyping, a course combining sci-fi, prototyping, and ethics. Her work has been featured internationally by Artforum, SIGGRAPH, The Atlantic, Wired, NPR, Eyeo, the Peabody Essex Museum, Portugal’s National Museum of Contemporary Art, and more. Brueckner is the founder and creative director of Tomorrownaut, a creative studio focusing on speculative futures and sci-fi-inspired prototypes. Her ongoing objective is to combine her background in art, design, and engineering to inspire a more positive future. 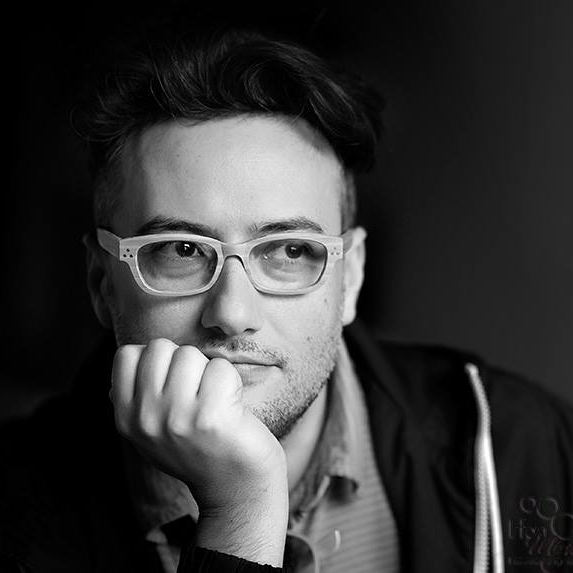 Ricky Allman’s paintings appear as landscapes, psychological landscapes, and cityscapes. Utilizing the geographic landscape of his childhood in the Rocky Mountains, modernist architecture, gestural abstraction, and electronic music. Allman’s soundscapes are composed with synthesizers, vocoders, and acoustic loops. These soundscapes act as musical scores to films and animations projected onto architectural and sculptural installations. Allman’s work reflects an indefinite future; a complicated and frenetic world of colliding forms often in the moment of origination. A futuristic proposition of self-replicating and evolving architecture, and mutating cyborgs. His work has been featured in the Los Angeles Times, Harvard Business Review, Harper’s Magazine, and Vice. His work has been exhibited in dozens of solo and group exhibitions nationally and internationally. Allman lives and works in Kansas City, MO where he is a Professor of Painting/Drawing at the University of Missouri - Kansas City. 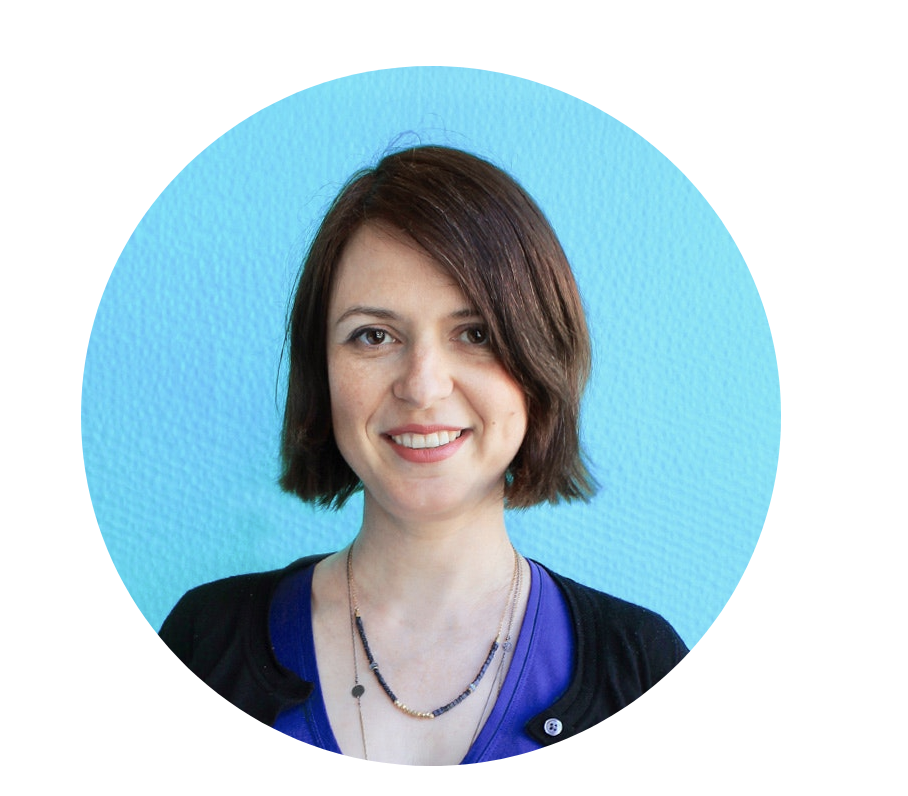 Julia Zeltser is a founding partner and creative director at Hyperakt. With over 15 years of design experience in print, brand development, visualizations, and interactive media, Julia has been instrumental in establishing Hyperakt’s visual voice. Julia leads a multi-disciplinary team of designers in a wide range of assignments. She has advised clients such as ACLU, Ford Foundation, and UNICEF to extend their brand in print and interactive media. Julia initiated and leads Lunch Talks at Hyperakt: a monthly event to ignite collaboration and idea-sharing among the design community. Julia has received accolades from organizations such as the Society of Illustrators, Communication Arts, Brand New, and How Magazine for her design work. She was born in Ukraine and graduated from Parsons The New School of Design in New York. She lives with her husband, Lenny, and her two kids, in Park Slope.

The completed Fall 2020 events are listed below: 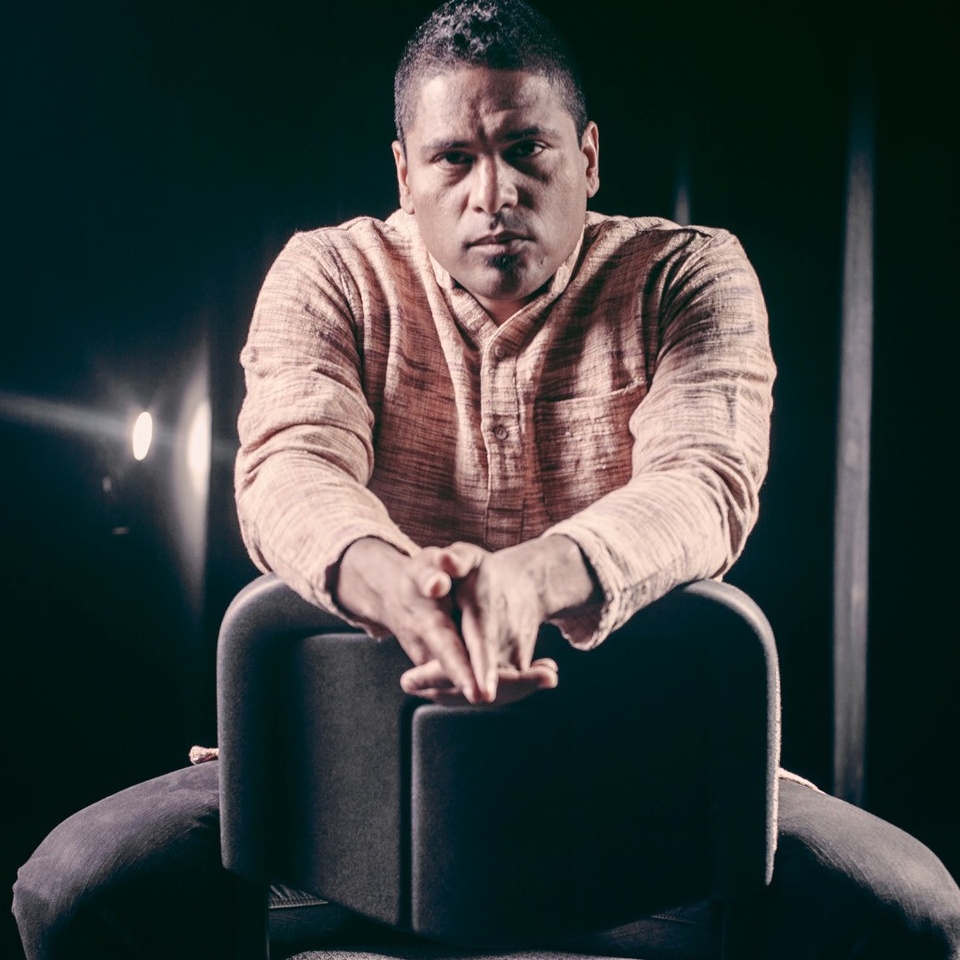 E.G. Bailey, recently named one of Filmmaker magazine's 25 New Faces of Independent Film, and a McKnight Media Artist Fellow, is an Ivey award-winning artist, filmmaker, director and producer. He is the recipient of a regional Emmy, LIN travel grant, and the Hughes, Diop, Knight Poetry Award from the Gwendolyn Brooks Writers Conference. His work is featured in the Target Art Connects commercial, now archived at the Museum of Modern Art (NYC). He was an editor for the film, Petting Zoo, which debuted at the 65th International Berlin Film Festival. Bailey has directed and assisted plays for well-known production houses, such as: The Guthrie, Pillsbury House, and Children’s Theater. Titles include: Othello, Amiri Baraka’s Wise Why’s, Juno and the Paycock, The Brother Size, and Sha Cage’s N-Word and U/G/L/Y. He is the co-founder of Tru Ruts Endeavors, MN Spoken Word Association, and the Million Artist Movement. Bailey’s written works have been published in Solid Ground, the millennial issue of Drumvoices Revue, Warpland, a publication by the Gwendolyn Brooks Center, and Blues Vision: African American Writing from Minnesota, an anthology. His latest work includes the co-curation of America Now!, a special film project which has taken place at the Tampere Film Festival in Finland, Latvia and others; and his film, New Neighbors, premiered at the 2017 Sundance film festival and has been shown at over 100 festivals world-wide. 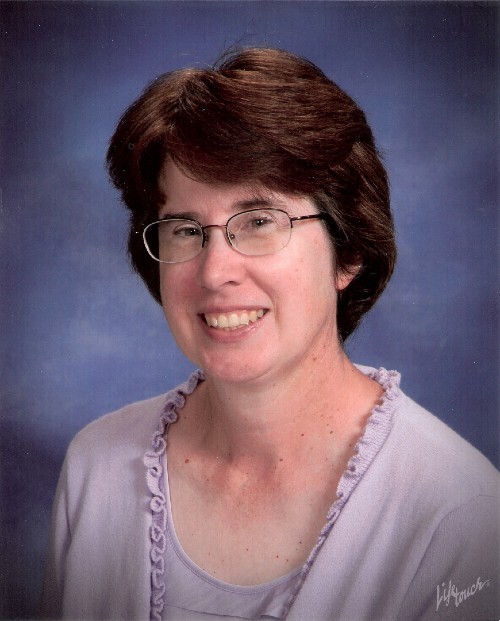 Julia K. Dabbs is an Associate Professor of Art History at the University of Minnesota, Morris. She has been researching the lives and accomplishments of historical women artists for nearly two decades, with her major work to date being Life Stories of Women Artists, 1550-1800: an Anthology (Ashgate, 2009). Dabbs has published a number of essays and articles related to historical women artists’ life stories and art, including “Making the Invisible Visible: The Presence of Older Women Artists in Early Modern Artistic Biography” in Ageing Women in Literature and Visual Culture (Palgrave Macmillan, 2017) and “Empowering American Women Artists: The Travel Writings of May Alcott Nieriker” Nineteenth-Century Art Worldwide, vol. 15 no.3 (Autumn 2016) http://www.19thc-artworldwide.org/index.php/autumn16/dabbs-on-the-travel-writings-of-may-alcott-nieriker. Her most recent work, an essay on early modern women artists, appeared in December 2019 Routledge History of Women in Early Modern Europe. 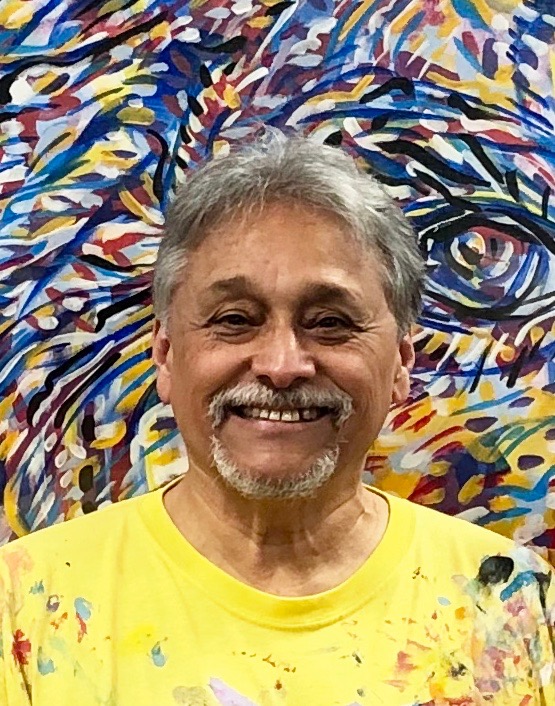 Jimmy Longoria is the only Chicano/Latino/Hispanic to be awarded an Archibald Bush Foundation Artist Fellowship in Fine Art, and he is the only Minnesotan to have art on permanent display in the National Museum of Mexican Art in Chicago, the largest collection of Mexican Art outside Mexico.

Recognized internationally as a fine artist, Jimmy continues to give back to the community by producing murals that deter gang graffiti in communities suffering gang presence. He uses proceeds from his own art sales to do this important work.

His commitment to giving back to the community led Target Corporation to label him as “Someone We’d Like You to Meet,” in a national campaign. Jimmy’s art was chosen by Target Corporation to represent all of Hispanic Art for a symposium of the Hispanic Association on Corporate Responsibility, a national gathering of Fortune 100 corporate executives. The McKnight Foundation has honored him with a Virginia McKnight Binger Award in Human Service, and he received Ordway’s “Sally Award” for his artistic vision of giving back to the community through art. Jimmy is the only Latino artist to receive the Reverend Dr. Martin Luther King, Jr. “Living the Dream” Award from the City of Minneapolis. 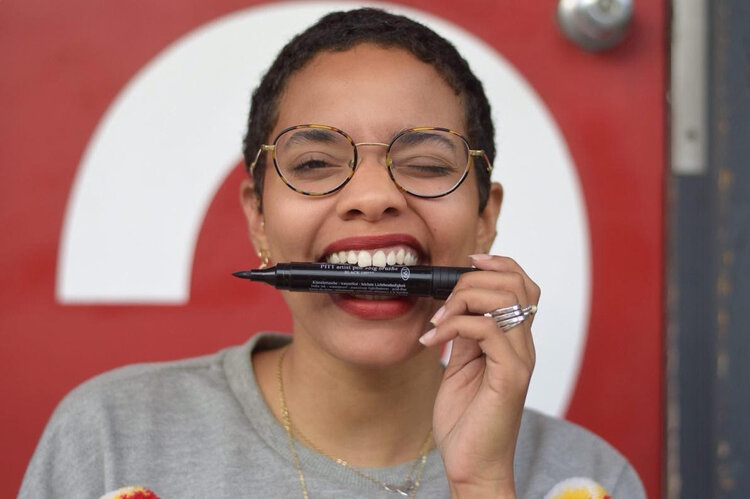 Growing up in American Southwest, she is strongly influenced by the signage, gas stations, and other relics found on the historic Route 66 highway. After studying construction methods, earning certifications in fabrication technologies, and apprenticing in an iconic Santa Fe sign shop, Kelsi began Sharp Design, a signage and environmental design company based in the Midwest, with projects all over the country.