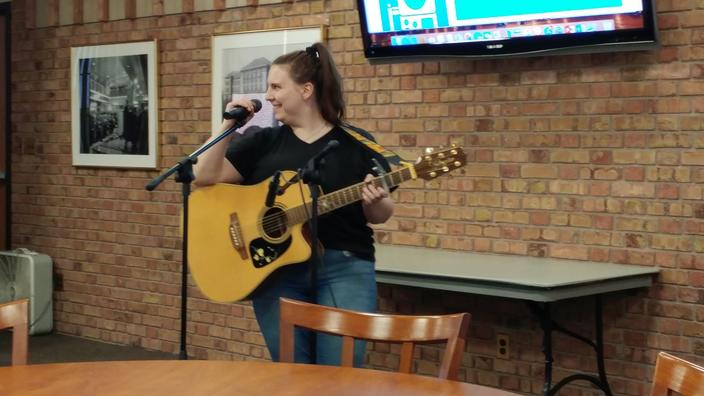 Students and faculty of the UMD Department of World Languages and Cultures held a multi-language talent show on April 5, 2018. Acts including singing, guitar playing, dancing and short films in Chinese, French, German and Spanish. Thanks to all who participated! The event was great fun and we look forward to seeing what people have to offer next year! 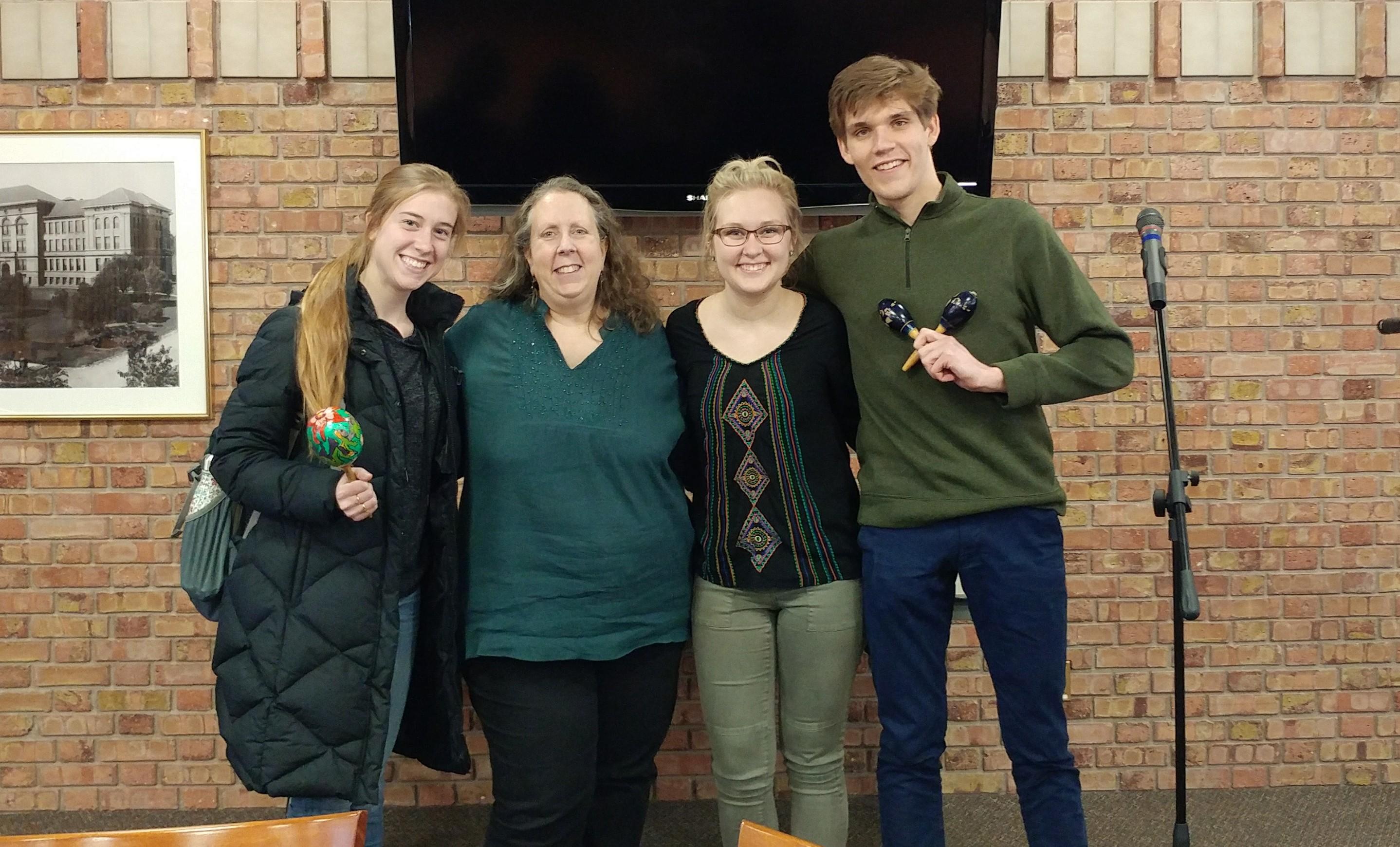 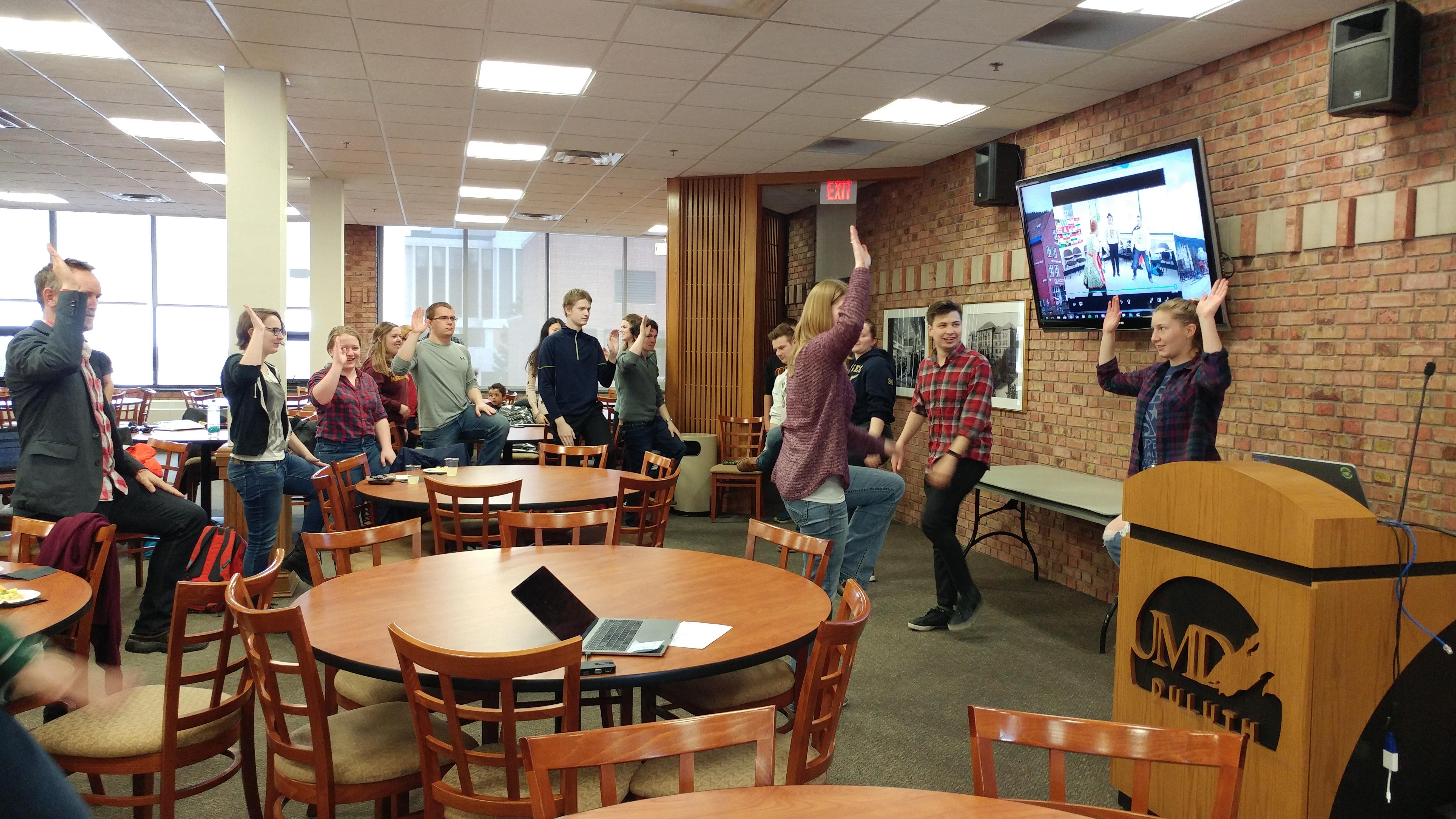 The group attempts a German dance, the Schuhplattler.