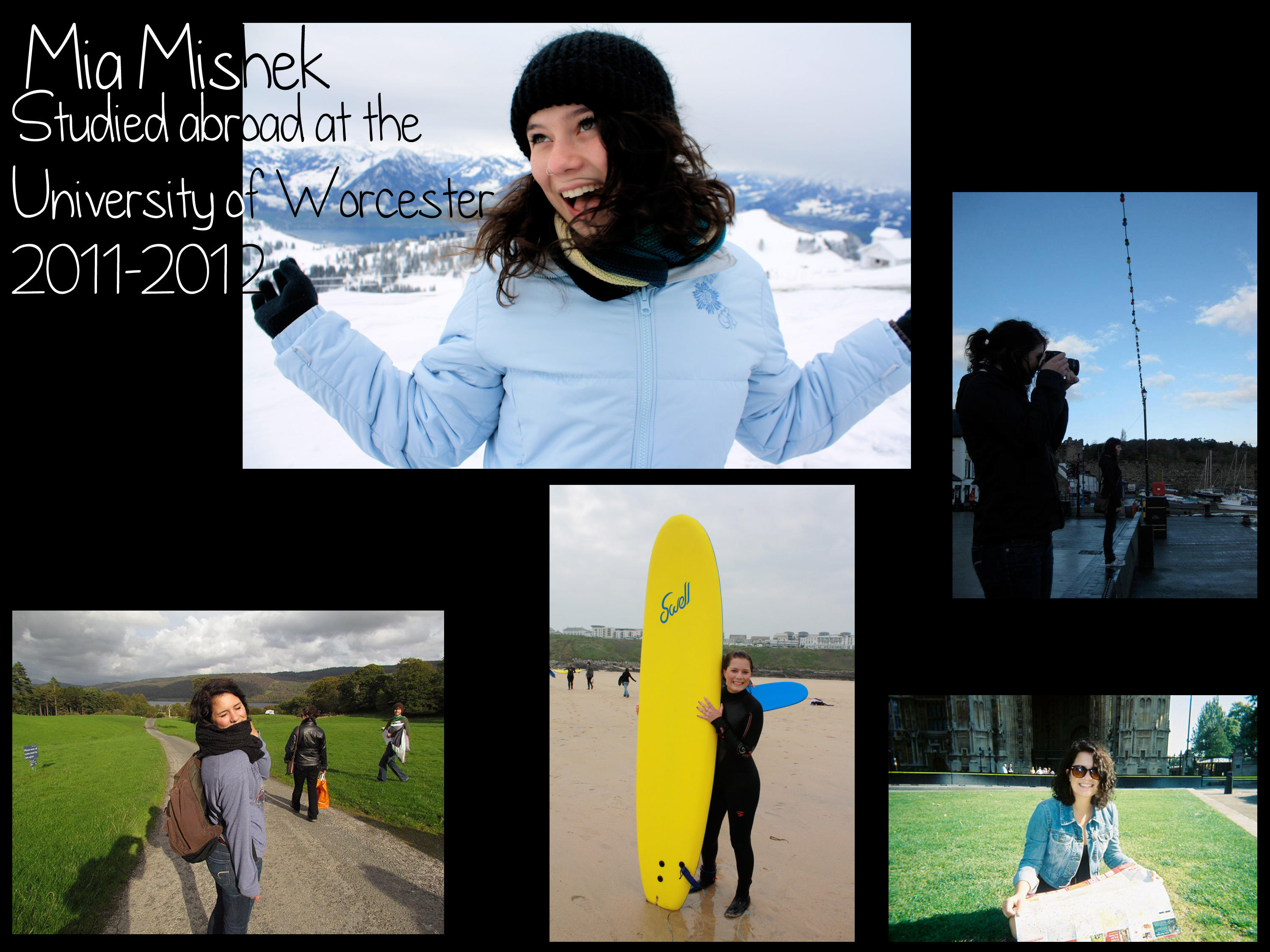 What is your major and minor?
I am a Communication major and an English minor.

Where did you study?
I studied in Worcester, England.

How long were you abroad?
An academic year.

What type of courses did you take?
I took all kinds of classes! Linguistics, Shakespeare, Graveyard Cultures, Advanced Writing.

What did your program consist of doing?
Well, the SIE [Study in England] program in Worcester is very involved. We went on field trips almost every weekend, we would have Thanksgiving/Christmas dinners,  and tea time.

What would you say to someone considering studying abroad?
I know it's so cliche... but do it! If you're scared about being away from home, do a two or six week program! If you're worried about money, there are a million study abroad scholarships out there. There is always a way if you want it badly enough.

What was your favorite local landmark?
Well, for me it was the courtyard in front of my on-campus apartments. It has the most sentimental value, I had so many fun times with my friends, I walked on those brick streets a million times. Sad, homesick, happy or mad, that courtyard has seen it all.

What were your living accommodations?
I lived in an on campus apartment with one other American, and five British students. I had my own bathroom and bedroom.

What was your greatest challenge while being abroad?
Culture shock. I didn't expect to get it at all, so when it hit me, it hit hard. I was homesick, sad, angry with myself that I studied abroad. Then the week passed and I was fine. ;)

What skills did you acquire abroad?
Besides being able to speak in a fake British accent? I know what Man U (Manchester United) and Man City (Manchester City) is. I will never say soccer again. I know how to use the rail system. And count British money.

Has study abroad influenced your academic/career path?
I want to learn a language (I'm taking Russian now, so let's see how that goes) and possibly study abroad again. Studying abroad made me want to do an international internship as well, but I don't know if I would want a full-time job overseas.

What are some questions you were asked by local residents?
The number one: why Worcester? I know when I see study abroad student here, I think why Duluth? Out of all the places? Number two: do red cups at parties in the American movies really exist?