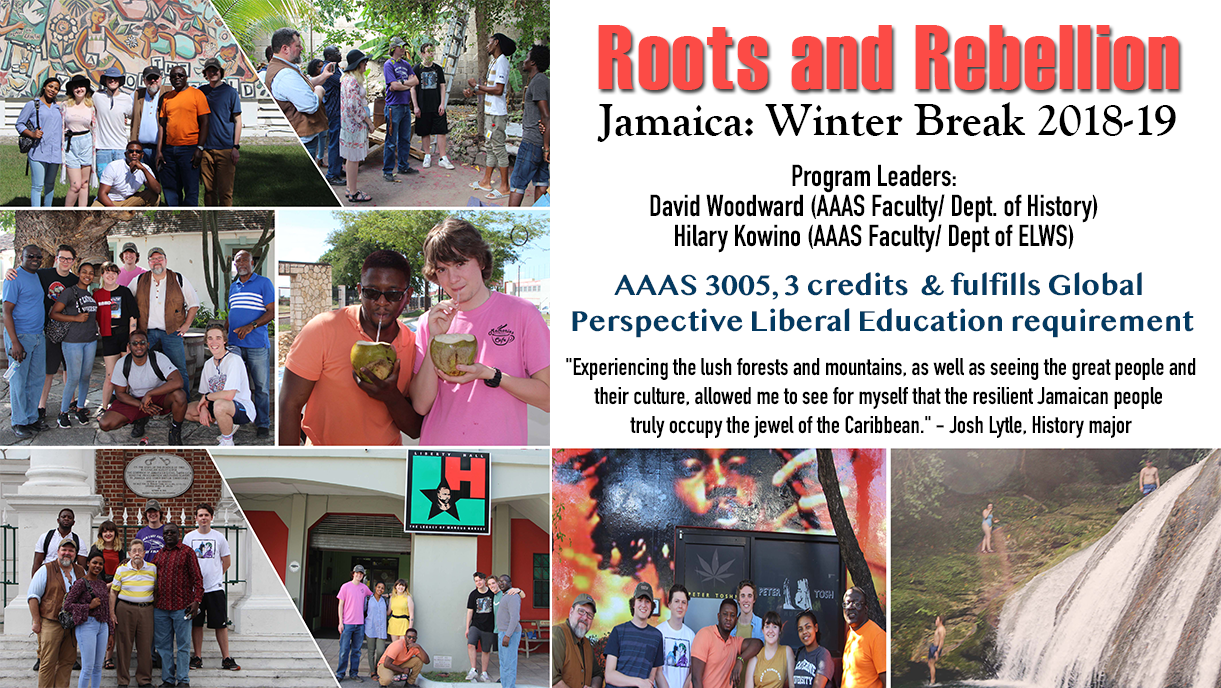 About the Class: This Study Abroad Program to Jamaica course draws on history, literature, cultural studies, and music to develop a critical understanding of Jamaica's resistance to colonialism and slavery. Anchored on Bob Marley’s popular protest against imperialism -- “We refuse to be what you wanted us to be; We are what we are: That’s the way it’s going to be” – the course seeks to help students acquire a deeper appreciation of the Jamaican experiences of oppression, rebellion, and globalization. As it highlights Jamaicans’ struggle for cultural, political, and economic rights, the course enhances students’ grasp of diversity, global competence, and global perspectives.

Why participate in this program?
The African and African American Studies Program views this interdisciplinary course as a wonderful opportunity for our students to appreciate different ways of living in the world -- the course advances heterogeneity as a prerequisite for coexisting with billions of strangers in the era of globalization. Following a sustained encounter with counter-epistemologies/ marginalized narratives, our students return to UMD with a transformative understanding of Jamaica's legacy of resisting imperialism. Indeed, the course is a process of indicting cultural denigration, championing decolonization, and celebrating diversity.

Student Perspective
"It was one of the greatest, eye-opening experiences I've ever had." - Amane Ejero, Public Health major

"Experiencing the lush forests and mountains, as well as seeing the great people and their culture, allowed me to see for myself that the resilient Jamaican people truly occupy the jewel of the Caribbean." - Josh Lytle, History major