Natalie Belsky received her doctorate in Russian history from the University of Chicago in 2014. Her current project focuses on internal population displacement in the Soviet Union during the Second World War. Dr. Belsky’s research interests include migration, minority politics in the USSR, Soviet citizenship, and East European Jewish history and she has conducted research in Russia, Kazakhstan, Israel and the United States. Dr. Belsky has taught courses on modern Europe, Russian history, modern Jewish history and world history.

" 'Am I a Jew?': Soviet Jewish Youth and Anti-Semitism on the Soviet Home Front during the Second World War,"Holocaust & Genocide Studies, Forthcoming 2020.

HIST 1208 – Europe in the Modern Age
This course focuses on European history and culture from the 18th century to the present and considers the meaning of “modernity” in the European context. Topics covered include: the revolutions of the 18th and 19th centuries, nationalism and the creation of the nation-state, modern war, imperialist expansion and the fall of empires, and efforts at European unification.
HIST 2365 – Russia in the 20th Century
This courses focuses on the history of the Russian Empire, the Soviet Union, and the post-Soviet successor republics. Topics covered include: the late imperial era, the impact of the revolutions of 1917, Soviet Union as a global and imperial power, gender and ethnicity in the Soviet state, and the collapse of the USSR.
HIST 3264 – Imperial Russia
This course focuses on the history of the Russian empire from the 17th to the 19thcenturies. Topics covered include: the Romanov legacy, the creation of Russia’s empire, Russia’s involvement in European politics, class structure in Russian society, and the evolution of internal dissent under the tsars.
HIST 3244 – History of the Holocaust
This course focuses on the genocide of the Jewish population perpetrated by the Nazi regime but will consider this history within a much broader context. Topics covered include: history of European anti-Semitism in the 19th and 20th centuries, the origins of the Nazi regime, the experiences of perpetrators, victims and bystanders, responses to the Holocaust and efforts at memorialization, the meaning of genocide.
HIST 3575: Jews & Poles: Entangled Lives
This course focuses on the history, experience, and memory of Jewish life in Poland. Two of the focuses of the course will be the experience of discrimination and the history of the Holocaust in Poland. The course will also examine the ways in which both Poles and Jews contributed to, and engaged with, a rich cultural, social, and economic life in communities across the region and, in some cases, continue to do so today.
This course will be offered in the May session of 2019. Click here for more information and the course application. 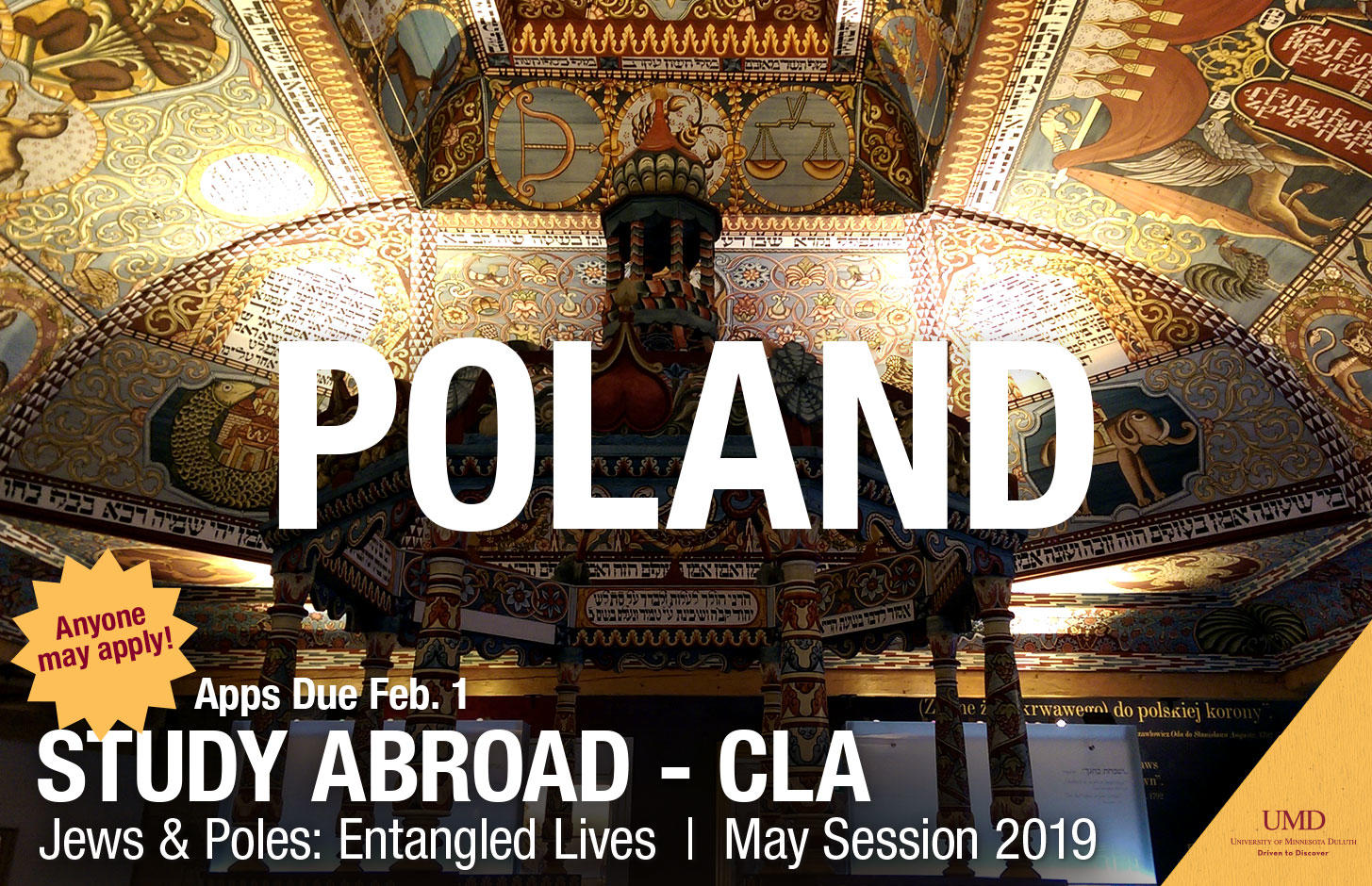