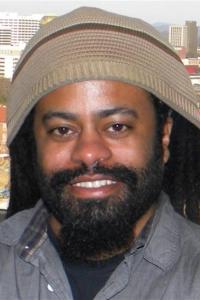 Dr. Spencer’s current book project is entitled, “The Ethiopian Orthodox Book of The Trinity: A Homily from the Monastic Order of Daqiqa Estifanos (the Disciples of Estifanos).”  The manuscript is a historical analysis of the biblical narratives and rules for religious observances found within this 15th century Ge’ez (Classical Ethiopic) manuscript, whereby he produced the first digital reproduction, translation and transcription of this annual homily.  The book project builds upon his PhD dissertation, and the field work he conducted as a Fulbright Scholar in Ethiopia.  An article by the same title is also in progress.

As a Public Historian, and in an effort to make his research accessible to a broader audience, he also produced a documentary short entitled Kissed By The Sun: A Study of Nile Valley Cultural Continuity, for use in the classroom and to share with the public, to vividly demonstrate the wonders of Nile Valley Civilizations.  To date the documentary short has been selected for film festivals and screenings at:  The Twin Cities Black Film Festival, The African World Film Festival, The California Film Awards, The African World Documentary Film Festival, The East Tennessee Film Gala, and was screened in partnership with TransAfrica Forum.