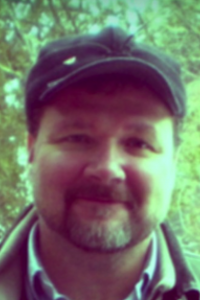 David has spent the past 25 years working in the fields of public history, historic preservation, museology, and archaeology in both the public and private realms. He has conducted research abroad in Poland, Guatemala, Mexico and domestically in the Midwest. David also holds appointments in African and African American Studies and the American Indian Studies Department. He currently serves as the Director of the Museum Studies Certificate Program. His research interests include: Legacies of Slavery in the Atlantic world, Native American and European contact period in the U.S., Material Culture studies, and cultural/historical interpretation.

HIST 1310: Minnesota History
This course examines Minnesota's history from the pre-historic and Native American periods through European discovery and American settlement to the present. Topics include: geographic aspects of Minnesota; Native American groups in Minnesota; European exploration and the fur trade; initial American settlement; statehood; the Dakota conflict; the Civil War; the connection between Minnesotans and the natural environment; the Progressive Era and the 1920's; the Depression and World War II; and the state's economic, cultural, and political history since 1945.
MST 1100: Introduction to Museums
Students will be introduced to the history of museums and the field of museum studies. Issues of theory and practice will be examined as they relate to development, care, and use of museum and systematic collections; museum education; museum administration, exhibition development; research; and evaluation. Particular attention will be given to issues of diversity and multiculturalism; relationship of museums to changing populations and disciplinary trends legal and ethical implications of development and use of collections; and examination of diverse types of collection.
MST 1200: Introduction to Public History
This course is designed to introduce students to the theory, methods, and practice of history outside the classroom. In this course, we will investigate the challenges of historical work in historic sites, museums, archives, mass media, cultural resource management, historic preservation, and other public history settings.Since I list my other appointments in my Bio you might want to add the following courses also.  All of them are taught from a historical viewpoint (even Cinema).
Courses offered outside of the History Department:
AMIN 1010:  American Indians to 1900
Introduction to the social, economic, political, and cultural changes and continuities of American Indian life up to 1900. Native-European encounters, the formation of the United States, and the establishments of hundreds of treaties between the federal government and Native nations has continued relevance for both Native peoples and Americans today. Students will critically interrogate how we interpret the past and how these narratives shape and inform the present.
AMIN 3410: Fur Trade in Canada and U.S.
Historical review and analysis of Canadian and U.S. Indians in the fur trades
AAAS 1101: Introduction to Black Caribbean Studies
Study of the peoples and cultures of the Black Caribbean; impact of colonization; the evolution, form and content of Black Caribbean cultures, societies and institutions. A survey of the socioeconomic and political development and transformation of the nation-states of the Black Caribbean. Cultural reproductions of Caribbean racial and ethnic identities. Survey of the Caribbean diaspora; Caribbean social and political thought. Relationship with the United States, Britain, and Canada. Inter-Caribbean geopolitical relationship.
AAAS 1102: Introduction to the Atlantic Slave Trade
Genesis of the Trans-Atlantic slave trade, survey of the Middle Passage along with historical formations of the slave trade. Examination of roles of the European powers and African nations with the creation of slave communities, identities, and cultures in the new world the political economy of the slave trade. Analysis of cultural and historical legacies of slavery, the abolitionist movement, and resistance to the abolitionist movement including modern day forms of slavery.
AAAS 3305: African American Cinema
This course will investigate how the imagery, poetics and politics of race have played out in the history of American film. Our focus will be African American cinema - which can be loosely defined as films written and/or directed by African Americans - but we will also consider the unique contours of its texts against the larger backdrop of Hollywood's representation of African Americans. In addition, we will explore the role of this medium in shaping social realities.