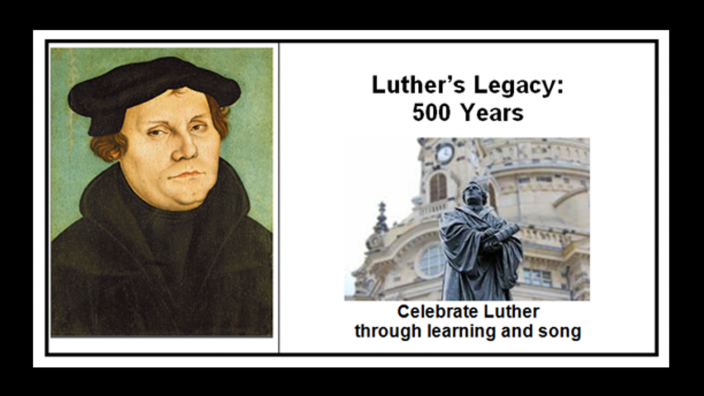 In 1517, Martin Luther posted his “Ninety-five Theses” on the door of the church in Wittenberg, sparking the Protestant Reformation. On Thursday, November 3, 2016, the UMD Department of Foreign Languages and Literatures hosted a celebration of the anniversary of this event: Luther's Legacy: 500 Years. The event featured talks by Dr. David Carlson on “Earth Stewardship: Lutheran Roots for a New Reformation” and Pastor Karen Bockelman on “Luther and Music.” The celebration was held at the Teatro Zucchone in the Zietgeist Center for Arts and Community and was co-sponsored by the American Association of Teachers of German.