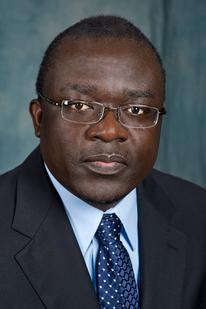 Dr. Hilary Chala Kowino earned his Ph.D. from Michigan State University, and joined the faculty at the University of Minnesota Duluth in the fall of 2008. The core of his work challenges the assumptions of conventional belonging by not only exposing a plurality of allegiances and identities that complicate the idea of home, but also oppressed socio-economic conditions and alien feelings that keep subjects out of place. To that end, his work explores the condition of the other, the homeless, the dispossessed, the cosmopolitan, the transnational, the nomad, the alienated citizen, the outcast, the stranger, the vagabond, the slum dweller, the (im)migrant, the human garbage, the displaced, and the traumatized. He uses transnational identities to trace the limits of the nation, involuntary movement to contest the celebration of travel, oppressed citizens to demonstrate the gaps of citizenship, multiple/informal memberships to propose simultaneous citizenship, and global poverty to question the notion that we have all become citizens of the world -- but moves beyond those interventions to imagine a new way of being in the planet, a new conception of cosmopolitanism, a new practice of world citizenship. He is currently working on a book project entitled The Interface between Home and Belonging in African Literature.

“From Victims to Agents: Rethinking Motherhood and Feminism” JALA. Volume 8. No 1. Spring 2014.