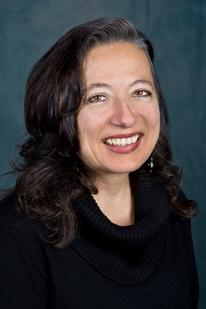 Mitra Emad received her B.A. with honors in English at DePaul University in 1987, her M.A. in Anthropology from the University of Chicago in 1989, and her Ph.D. in Cultural Anthropology from Rice University in 1998. As an interdisciplinary scholar, trained in Cultural Anthropology at Rice University - a program long identified with experimental styles of ethnographic writing and cultural critique of social institutions - she has fostered a version of Cultural Studies at UMD unique in the United States for its engagement with public ethnography and civic engagement. Currently Emad has brought this focus to the Anthropology program where she has co-founded a Participatory Media Lab with Professor David Syring.  She teaches and writes about cultural constructions of the human body, especially in terms of how the body functions as a site for cultural translation.

Emad has published articles about the American comic book, “Wonder Woman,” about the intersections of early web-based communication forums with health-seeking behavior, and about the cultural constructions of pain. Her work on the body as a site for the cultural translation of American acupuncture has moved into an analysis of reflective practice and hands-on training among acupuncture students, medical students, and somatic trauma therapy students. With a strong interest in engaged pedagogies, her work in the classroom is tied with her research interests, and she regularly teaches courses on Cultural Anthropology, Cultural Constructions of the Body, Medical Anthropology, and Visual Anthropology.

From 2015-2017, Dr. Emad successfully launched and directed the Center for Excellence in Teaching and Learning. In 2018 she worked with collegiate faculty to foster lasting conceptual and bureaucratic changes to an existing interdisciplinary graduate program in order to bring forward a robust new Master in Professional Studies program. The MPS program focuses on Multidisciplinary Research & Creativity, and more information can be found here.

Dr. Emad is currently on sabbatical, consolidating her own multidisciplinary research on the intersections of somatics, ethnography, and culture.