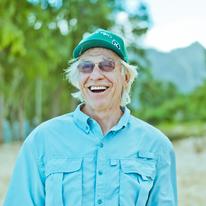 I joined the faculty at UMD in 1990 after fourteen years of teaching and research at Michigan State University, University of California Davis, Arizona State University and Texas A&M University. People are often curious about my choice to come to UMD. After all, I am a Californian and, with the exception of three years at Michigan State to get my M.A. and Ph.D., all my appointments have been in slightly warmer climes. And all my previous positions have been at internationally recognized research universities, something that generally doesn’t usually come to mind when thinking of UMD.

So, why UMD? There are several good reasons. One big reason is the colleagues I have in the Department of Communication. They are all kind, funny, bright and committed to their work and to one another. After surviving the political infighting at every other department I have served and hearing stories from colleagues at most other institutions, I cherish this collegial environment. It is rare indeed and it makes my time on campus a real joy. Another reason is the strong support for research here at UMD and the high quality research being produced in the Department of Communication. While UMD might not be renowned internationally for its research, several of my colleagues in the Department of Communication, in the College of Liberal Arts and in other UMD Schools and Colleges are well-known nationally and internationally for their scholarship. In particular, many of our department’s faculty are making major research contributions . These colleagues could all have taken positions in big name research institutions but decided to come here instead. They came, as I did, because of the collegial atmosphere, the research support, and intellectually stimulating atmosphere produced by a group of department colleagues committed to exploring ideas through conversation and research.

And we all came for one other professional reason: we enjoy teaching and working with undergraduates. The focus, at the big research institutions, is on educating graduate students. This takes much time and energy and is a good work worth doing well. However, these efforts often detract from our ability to spend time working with undergraduates, something I have always found enjoyable. My departmental colleagues at UMD agree. That is why we are here. We all see young lives change before our eyes and, when we have in some small measure contributed to that transformation, we take great satisfaction in it. Personally, I have seen that countless times, many times more than when working primarily with graduate students. Moreover, many of us in the department have undergraduate research teams and find that of great value to us and to them. Several of these students are going on to graduate and professional schools and we find that greatly rewarding.

Okay, so I’ve talked a lot about valuing research and teaching here. What am I actually doing about it? Let me break this down into two sections: Teaching and Research.

Human Communication Theory: A large lecture course aimed primarily at first-year students, giving me an opportunity to introduce students to the many areas of study available to them in the communication discipline and to the exciting theory and research delving into varied communication phenomena. Student evaluations average 5.0 on a 6-point scale for this class.

Interpersonal Communication Theory: An upper division lecture/discussion course focused on exploring theories in the area of interpersonal communication as well as research being conducted to test those theories. Almost all students taking this class are majors or minors. Student evaluations average 5.0 on a 6.0 scale.

Intercultural Communication: This course is unique in the world. The course is composed of an equal number of international/immigrant students, American “minority” students, and American students with European ancestry. We meet once a week for four hours. The first hour is devoted to discussing intercultural communication topics. The remainder of time is spent on class excursions involving enjoyable activities that promote interaction between the students of varied cultures in the class. In other words, students learn about intercultural communication primarily by engaging in intercultural communication. The majority of students report this was their favorite college course and report learning more in it than in any other course they have taken. Student evaluations average 5.5 on a 6-point scale for this class.

I have conducted research on many topics during my career. One early line of research looked at the effects of defendant extra-legal characteristics (physical attractiveness, race) on juridic decisions. An important finding from this line of research was the discovery of strong race-crime stereotypes jurors bring to the courtroom, stereotypes that may influence decisions they render. This research has been cited in U.S. Supreme Court cases and in Case Law in many states.

Another major line of research questions the common sense belief that similarity between people increases attraction and positively influences relationship development, a belief that is generally shared by scientists studying this topic despite considerable evidence to the contrary. My theory and research in this area supports a very different set of conclusions. I do find that people tend to the common sense belief that similarity matters and make relational choices based on that belief. But I also find that, despite that belief, when given the opportunity people who are dissimilar are as attracted to one another in beginning communicative relationships as well as in long term relationships as are similar partners (this finding has strong positive implications for the development of intercultural relationships). My research also indicates that dissimilar partnerships are at least as satisfying relationally as are similar partnerships.

I have also published several works on my Predicted Outcome Value Theory (POV). In a nutshell, the theory can be summarized as follows. Individuals forecast how relationships with another will turn out (predict outcome values). More positive forecasts will increasingly generate communication attempts to develop the relationship while more negative will result in increasing attempts to curtail the relationship. The theory was first used to explain initial interaction behaviors and relational decisions stemming from those interactions. Subsequent work has extended POV’s application to all developmental stages in relationships, has established the long-term relational consequences of outcome value decisions made during initial encounters and has enlightened our understanding of “turning points” and “surprising events” in relationships.

I have recently begun writing fiction. I published three short stories in an anthology series about supernatural experiences in Hawaii. These stories are based on experiences my students had while taking my Intercultural Practicum in Hawaii class. This was a lot of fun for me, trying my hand at a different writing style was very “freeing.” Of course, my students enjoyed reading their stories in print.

I have also published a fictional novel, “Three of a Human Kind.” It is an act of social protest employing broad cultural, philosophical and historical perspectives to critique greed-driven government policies impoverishing American and world citizens, policies revealed as chronic historical patterns in all empires. This work was motivated by my growing discontent with the way our world is going and the central role of my own country, corporate interests and citizens such as myself (sitting by and letting it happen) in that movement.