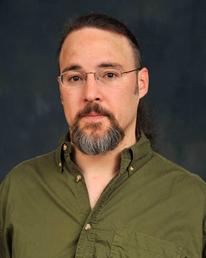 After a decade of tumbling like an academic tumbleweed – B.A. in Biology and Government at Augustana College in 1993, M.A. in Political Science (Political Theory specialization) at Tulane in 1996, and Ph.D. in Communication Studies (Rhetorical Studies specialization) at Northwestern University in 2000 – I rolled my way back into the Minnesota area to join the UMD Communication faculty beginning in 2001.  As a teacher I have had the opportunity to profess on topics like research methods, public discourse, rhetorical criticism, history of rhetoric, argumentation and media criticism.  As a scholar I have an abiding interest in Rhetoric in its many forms, and have tried to keep my mind sufficiently limber so as to continue a trajectory of thinking and writing about political discourse and public culture.  I have published numerous articles in journals like Philosophy and Rhetoric, Rhetoric and Public Affairs, and Argumentation & Advocacy, as well as a number of book chapters.  I authored the 2005 book, The Political Style of Conspiracy: Chase, Sumner and Lincoln (Michigan State University Press), and co-edited the 2012 book Making the Case: Advocacy and Judgment in Public Argument (Michigan State University Press).  When not kept busy by duties as a professor or father, I continue enthusiastically to go out there and practice the many outdoor activities – paddling, biking, hiking, snowshoeing, and what-have-you – afforded by the Duluth area, Lake Superior and the Boundary Waters Canoe Area.