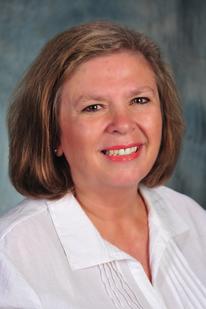 Deborah Petersen-Perlman has taught in the Communication Department at UMD since September 1988. In the 1990s she taught courses in "Television Criticism", "Children and Television", "Violence in the Media", "Media Literacy", "Public Speaking" and Interpersonal Communication". For the past 15 years she has taught mostly media courses, including "Foundations of Mass Communication", "Media Communications", and "Deciding What's News". She also teaches a senior seminar on the First Amendment and has just introduced a course on the Holocaust using memoirs and testimonies.

Since 2008, Dr. Petersen-Perlman has made numerous trips to WWII concentration camps and ghettos in Germany, the Czech Republic and Poland. She has made numerous public presentations on Holocaust related themes, including Buchenwald, the land between Hitler and Stalin, Vergangenheitsbewaeltigung, and Holocaust tourism.

I feel grateful to be able to do work which allows me to engage in lifelong learning. I feel most creative as I design and develop my courses. Watching students take ownership of whatever subject we happen to be studying is a particular joy. I am particularly excited to be teaching a course on the Holocaust in the fall of 2015, as this has been a subject of personal interest for many years.

Interpersonal Communication (from time to time)

Public Speaking (although not for a very long time)

Telling Stories About the Holocaust through Memoirs and Testimonies