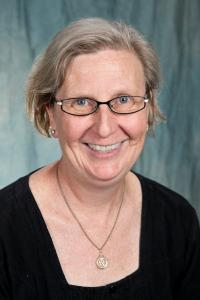 Dr. Wright does work on the rhetoric of memorial place as well as on nineteenth-century women’s rhetoric. With all her work focusing on how marginalized people find voice in societies that try to silence them, most recently she has been examining the influence of French Catholic women religious (commonly known as nuns) on writing pedagogy in the United States. Dr. Wright’s work outside the academy has similar goals: she has been an activist in many areas of social justice, co-hosted and co-produced a radio show on not-for-profit companies, and owned a fair trade company, Fa La Lo.  Additionally, before entering the academy, Dr. Wright worked in the professional theatre as a member of Actor’s Equity Association, Stage Directors and Choreographers Society and Literary Managers and Dramaturgs of America.

“A Lack of Markers: Collective Memory of the Confederacy in Elmira, New York.”  Markers: Annual Journal of the Association for Gravestone Studies 28 (2013).