The Return of Roaring Muse 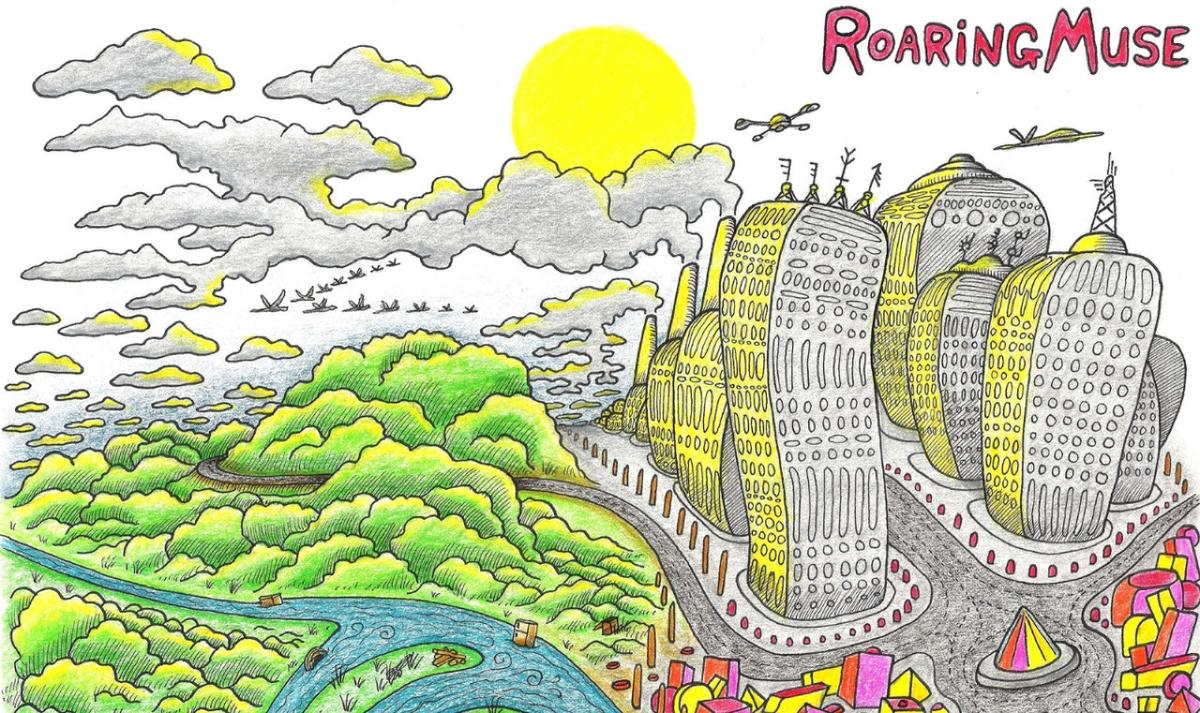 Past issues of Roaring Muse, UMD's literary magazine that originally began in 1997, now available through the University Digital Conservancy.

UMD’s literary magazine Roaring Muse is a student-led magazine that was started in 1997 by UMD’s Literary Guild. Often including poetry, prose, and artwork, and edited by students, the Roaring Muse sought to highlight the great work by UMD’s community, and at one point solicited submissions from community members outside the campus. Since its beginnings in ’97, the magazine has been published on and off and is currently back up and running.

Professor of Rhetoric, David Beard, reached out to the Library’s archivists in late 2019 with a few issues of the magazine. His goal was to digitize the full set so that it would be available to more people and for many years to come.

"Digitizing the university's past is essential to mapping its future.  Bringing decades of the Roaring Muse into the public eye helps us build the programs, and attract the students, that will carry UMD into the future,” said Beard.

UMD’s Literary Guild was on hiatus for a period of time but was reestablished to assist with this project, and is now officially recognized as a student organization again.  Its advisor is Dr. van Wert, Assistant Professor of English.  It is one of two organizations/clubs at UMD that are committed to the written word on campus, the other being the Writing Club, which is advised by David Beard.

Benjamin Hanzsek-Brill, a sophomore majoring in Math and English and President of the Literary Guild, said, “I'm excited to bring back the Muse because I know there are amazing artists and creators on campus and I want to see all of the amazing work these people have to offer. This is an experience available to everybody from across the university (whether they are a STEM major or Liberal Arts or Business). If somebody has a work of art, I want to know about it and I want to help them show it to the world.”

Sarah McElroy, a senior majoring in English and Philosophy and co-president of the Literary Guild, said that she is, “excited about the rebirth of the Roaring Muse because this is the first publication in five years at UMD! As an incoming senior, it is a great honor to be involved in a literary journal, and hopefully to start the yearly publications rolling again. I aspire to work in the editorial field for my career, and this is one huge step towards that goal. This opportunity is amazing, and I hope that anyone thinking about submitting any literary or creative work takes a leap and gives it a try!

The Literary Guild will be working on putting together future issues of the magazine.

Roaring Muse is currently available through the libraries’ University Digital Conservancy (UDC) and contains 15 issues dating between 1997 (Winter 1997 [volume 1, issue 1]) and Spring/Summer of 2016. As more issues are discovered they will be added to the digital collection.

If you have an issue of Roaring Muse not currently listed in the UDC, please reach out to our Archives and Special Collections: [email protected].