From Racist Student to Student of Race 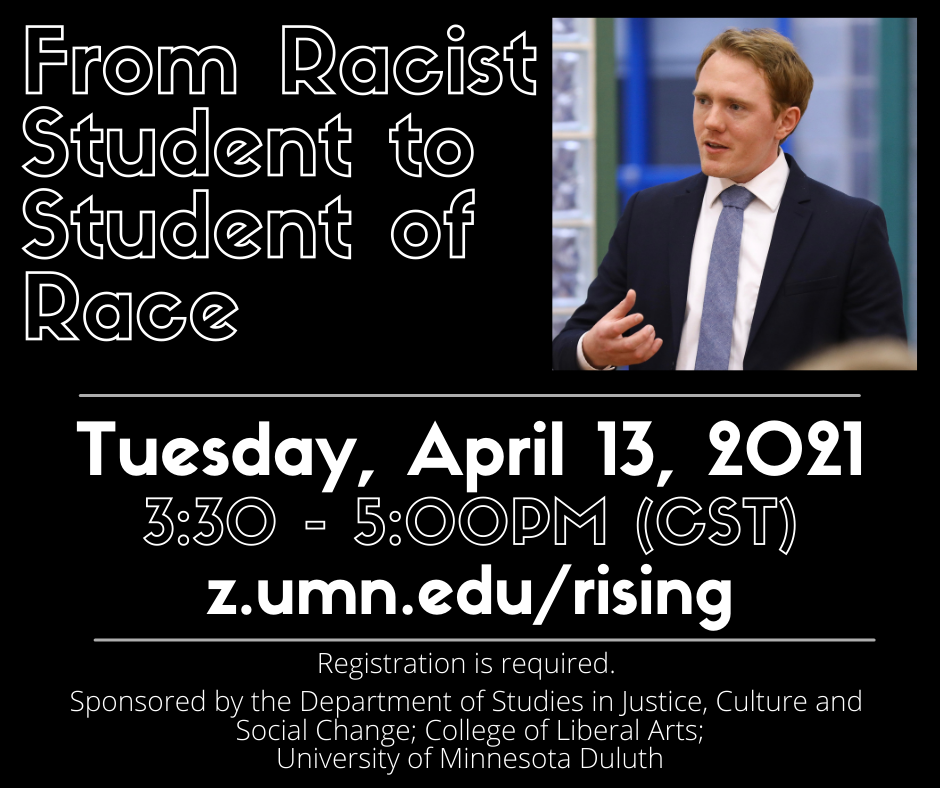 Register to attend at z.umn.edu/rising

R. Derek Black was raised in one of the leading families of the American white nationalist movement. His father founded the first online white power community, Stormfront. From an early age, Derek participated in national media interviews, gave talks around the country, established Stormfront’s internet radio network, ran a daily radio program in support of his family’s ideology, and won public office when he was 19 years old. After going away to college at a small liberal arts college, he was condemned by the campus community, and over several years came to engage with antiracist ideas. He ultimately condemned his family’s ideology in 2013, and has spoken out since 2016 against the reality of white supremacist political activism. He is currently a doctoral student in history at the University of Chicago, researching the medieval and early modern origins of the concept of race and of racist hierarchies and ideologies. He is the subject of the book by Eli Saslow, Rising Out of Hatred: The Awakening of a Former White Nationalist (2018).

This is a talk about his experience of the white nationalist movement and of the process of condemning it after becoming connected to a college community that countered his ideology.

Register to attend at z.umn.edu/rising