Artists, Curator, and Astronomer Talk about Creativity in a Time of Solitude 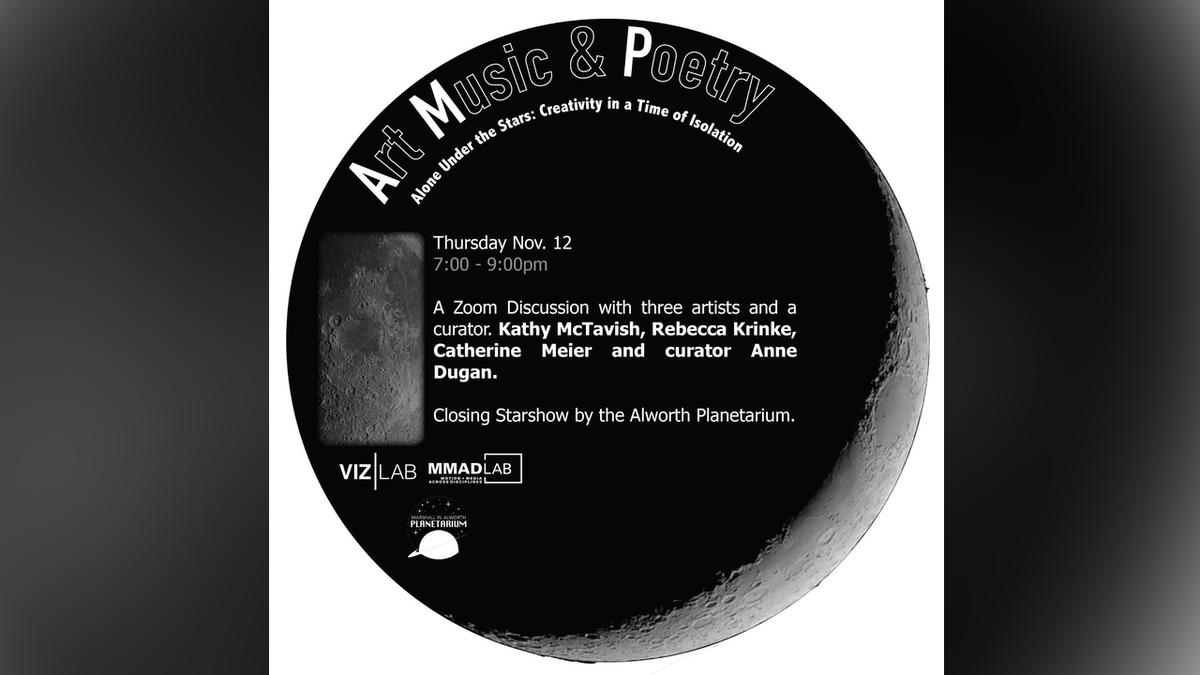 On Thursday, November 12, 2020, the Program in Writing Studies in the Department of English, Linguistics, and Writing Studies hosted a conversation between three artists (Rebecca Krinke, Kathy McTavish, and Catherine Meier) and curator (Anne Dugan). The talk was called “Alone under the Stars:  Creativity in a Time of Isolation.” The event was attended over Zoom by more than two dozen students (seeking credit in the LSBE Passport Series and in the Visual Culture Lecture Series), several community members, and two engaged faculty members from UMD.  The event opened with a star show from the Alworth Planetarium. The event was supported by a grant from the Imagine Fund.