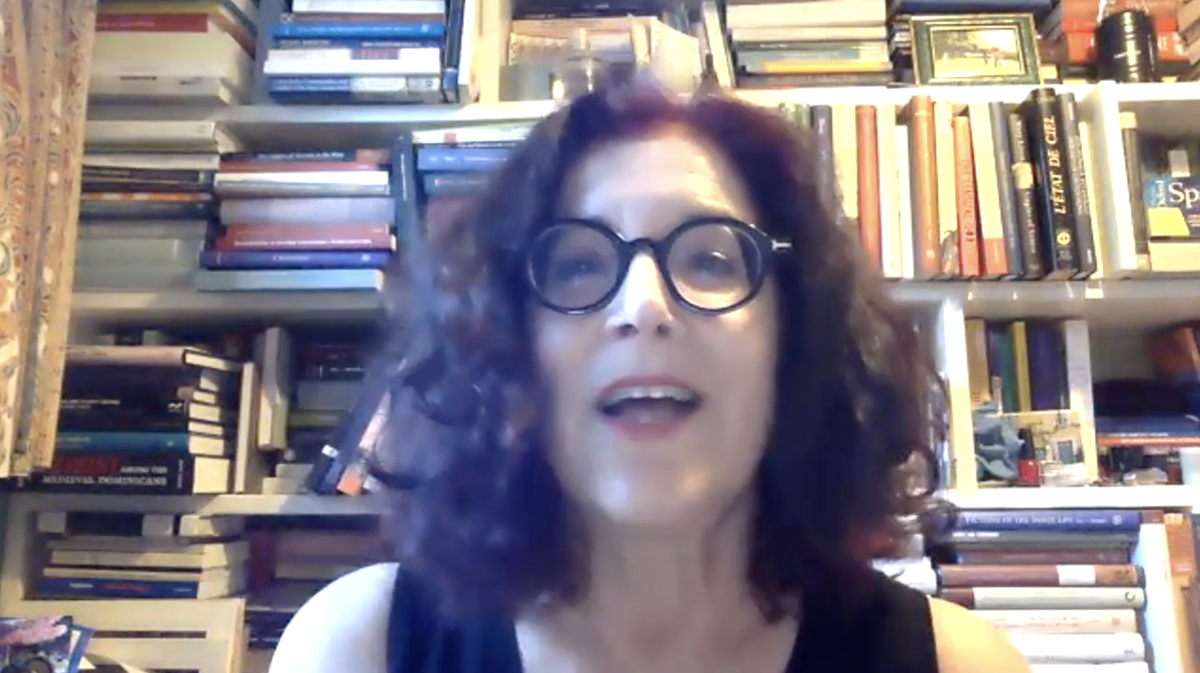 The Department of English, Linguistics, & Writing Studies presents the 2021 Jankofsky Lecture in memory of Klaus P. Jankofsky, featuring Professor Miri Rubin of Queen Mary University of London. The lecture was titled: Feeling with Mary: Sentimental Education and the Virgin Mary.

Miri Rubin is Professor of Medieval and Early Modern History and member of the School of History at Queen Mary University of London. She received her BA and MA degrees in Medieval History from the Department of History at the Hebrew University of Jerusalem, where she developed an interest in social and cultural history. Her publications include:

She has been awarded a Leverhulme Major Research Fellowship (2002-2005). She is Fellow of the Medieval Academy of America, of the Royal Historical Society, and of the Academia Europea. Since January 2021, she has served as President of the Jewish Historical Society of England.