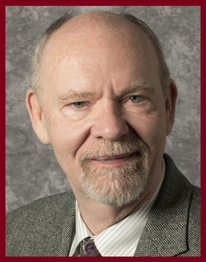 Keith is a nationally recognized attorney, author, consultant, and teacher in the financial services and securities industry, and President of Loveland Consulting, a firm that assists on topics of issues involving broker dealers, investment advisors, and qualified plans.

Additionally, Keith has served as chairman of the investment committee for a mutual fund complex, chief operating officer of a securities broker-dealer, and chief compliance officer for several broker-dealers and investment advisors. Keith has also served as an Adjunct Professor at William Mitchell College of Law, where he received his law degree after graduating from UMD.

Keith credits his liberal arts education at UMD with providing him the ability to think critically and contribute to democracy. Starting in the pre-law program, Keith found it was simply not enough. “I was unable to get my points across to others, and it upset me,” he said. “I wanted to learn how to think more clearly and deeply, logically, and rationally.”

That fall, he set up a meeting with his advisor, Dr. Harry Lease. That meeting became a turning point in Keith’s life. “I explained to Dr. Lease that something was missing,” he said. “I could memorize things in history class and pass the tests but I wanted to know how to think, not what to memorize. Dr. Lease sent me down the hall to the Philosophy Department.”

Keith then began studying with Philosophy Department Head Henry Ehlers and Professors David “Doc” Mayo and Robert Evans. “I learned to listen carefully to arguments, paying attention to assumptions embedded within the discourse and then responding clearly and honestly. The philosophy courses were satisfying,” he said. “Learning about the world stokes a fire in me.”