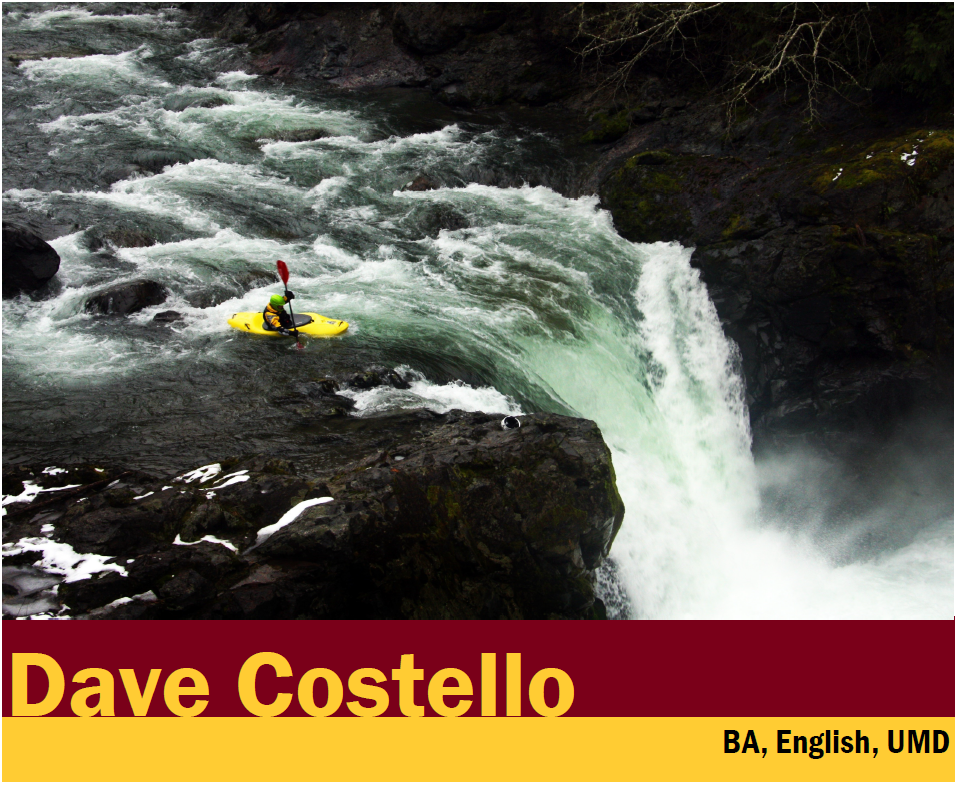 Dave is the senior copywriter at PitchBook, a financial data and software company based in Seattle. He’s
also a contributing editor at Canoe & Kayak. With over five years of experience in the fintech sector, he’s
also worked as senior copywriter at Moss Adams, a top-10 accounting firm, and as the senior technical
writer at New Alchemy, a blockchain consulting and venture capital firm.

Author of Flying off Everest (Lyons Press 2014), a National Outdoor Book Award Finalist, and coauthor of
Trekking Beyond (White Lion Publishing 2018), Dave started his career in the outdoor industry. Formerly
the senior editor at Alaska Magazine and online editor at Canoe & Kayak and SUP magazines, he spent
several years working as a book acquisitions editor, too.

During his time at UMD, he worked for the Recreational Sports Outdoor Program as a whitewater and
sea kayak instructor as well as a climbing instructor. After studying abroad in New Zealand his
sophomore year, he spent a semester in Colorado as an editorial intern at Rock & Ice Magazine, then
worked as a fact checker at Outside Magazine shortly after graduating in 2009.

In 2010, he traced the length of the Ganges River in India, filming the documentary Go Ganges, which
won over 30 international film festival awards. Since then, he’s paddled, hiked, and climbed on five
continents, and his work has been published in Outside, National Geographic, Backpacker, Climbing,
Rock & Ice, Canoe & Kayak, SUP, and Trail Runner. He’s also filmed for National Geographic Channel,
Outside Television, and PBS.