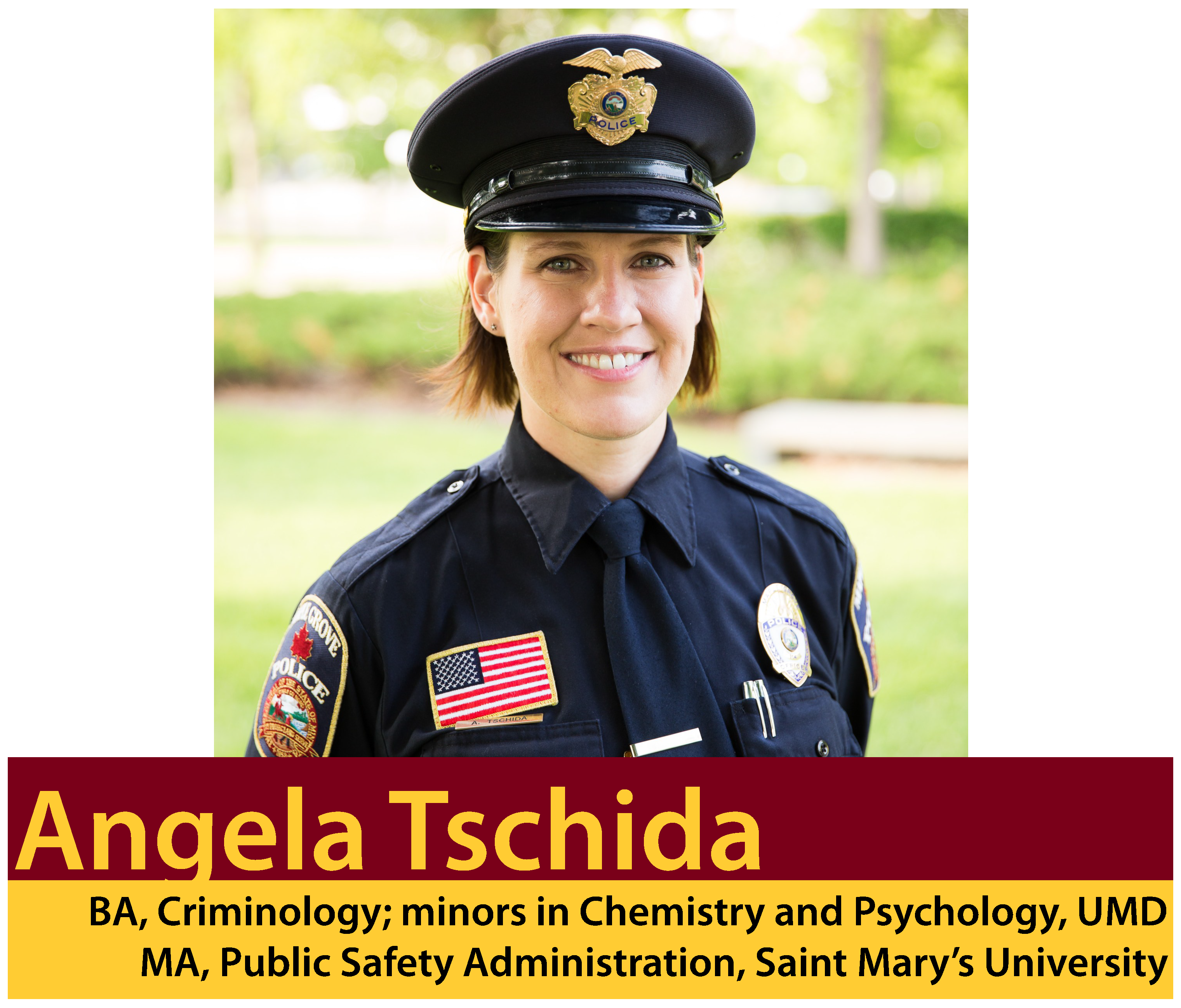 After graduation, Angela Tschida went on to complete her Police Officer Standards licensing requirements and was hired by the Maple Grove Police Department in December of 2005. In 2011, she completed her Master of Arts Degree in Public Safety Administration.

As a Police Officer with the Maple Grove Police Department, she is currently assigned as a Detective in the Investigations Division. While at the Maple Grove PD she has worked in the Patrol Division, Bike Patrol Officer, Safe Streets Initiative, and Investigations Division. Angela has had the opportunity to work with The Partnership for Change on the Source Investigations Taskforce, which helps equip agencies and officers alike to reduce underage alcohol consumption. She has also worked in an undercover capacity for several operations aimed at combating human trafficking and prostitution. In addition, she currently acts as the Operations Coordinator for the Maple Grove Days Parade, one of the largest community events held in Maple Grove.

Angela credits much of her professional success to UMD's comprehensive education program and to the opportunities afforded to her by attending UMD. Some of these include serving as the Secretary to the Criminology-Sociology Club, performing volunteer work at the domestic abuse shelter, and interning at the St. Paul Police Department Crime Lab.