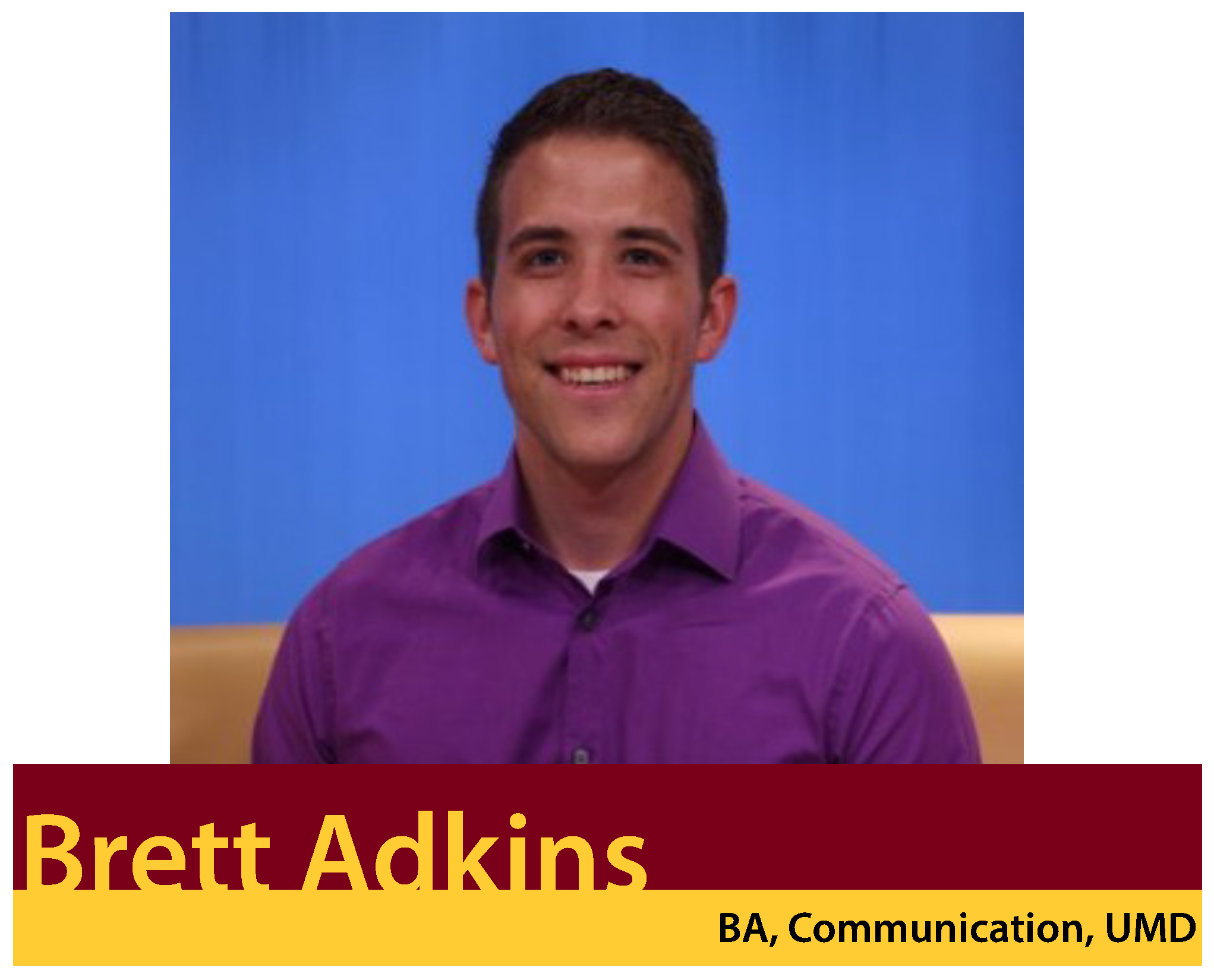 Brett Adkins struggled to declare a major, but knew he wanted to receive a degree in something that would open many doors after graduation. Ultimately he chose a major in Communication. Adkins says,

“The classes often times posed an unexpected challenge but they allowed me to think outside the box. Eventually I found a passion for Journalism, a small but powerful department on campus. I quickly became involved in an online publication called “Lake Voice.” Before I knew it, my work was published and by the time I was a senior, I was the Managing Editor. It paid off to go to class, introduce myself to the professors and most importantly, get involved on campus.”

During his sophomore year, he was offered an internship as the Morning Show Producer at KUMD, UMD’s campus radio station. It opened his eyes, and some doors, to the broadcast industry. During his senior year, he took a part time job at KQDS Fox 21 as a Production Assistant. Three months later, he was offered the job as the Weekend Producer. Adkins had been working at the station just under a year when he took a job as the 6 pm News Producer at WFRV in Green Bay, WI. Today Adkins works as a News Producer at Fox 9 in Minneapolis. The job allows him to do a little bit of everything, from choosing the stories that are put on the air, to writing scripts for the anchors and creating the graphics that appear on screen. “It takes a lot of work to put a newscast together, but I get to work with some of the most talented people in the business.”